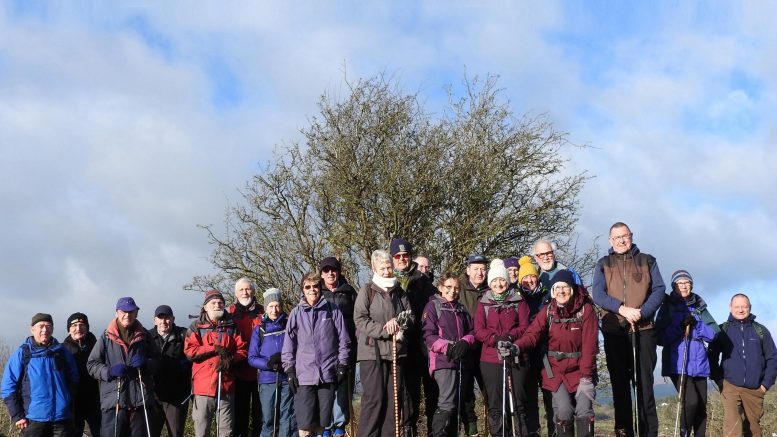 A MID Wales walking group has donated money to charity after using photographs from their scenic strolls through the Powys countryside to make a calendar.

For the second year running Llandrindod Wells Mid Week Walkers have raised money for charity by producing their own calendar, complete with photographs taken during some of their weekly walks. Last year they donated around £100 to the local Bracken Trust cancer charity. The group’s programme secretary and organiser of the yearly publication, Peter Balfour, announced that this year £120 would be donated to the Wales Air Ambulance charity.

This donation is a way of supporting a worthwhile charity and also seems even more appropriate and timely because, starting from December 1, the Wales Air Ambulance started a 24-hour service for the whole of the country.

The new 24/7 service is only able to function thanks to the generous donations of the people of Wales. To maintain the overnight service, the Wales Air Ambulance must raise an additional £1.5 million, bringing the annual fundraising total required for a 24/7 operation to £8m. It is interesting to note that while the helicopter operation is supported by the people of Wales through those charitable donations, the medical capability on board the aircraft is delivered thanks to a unique partnership between the Air Ambulance Charity, the Welsh Government and NHS Wales.

Next year the charity will celebrate its 20th anniversary.