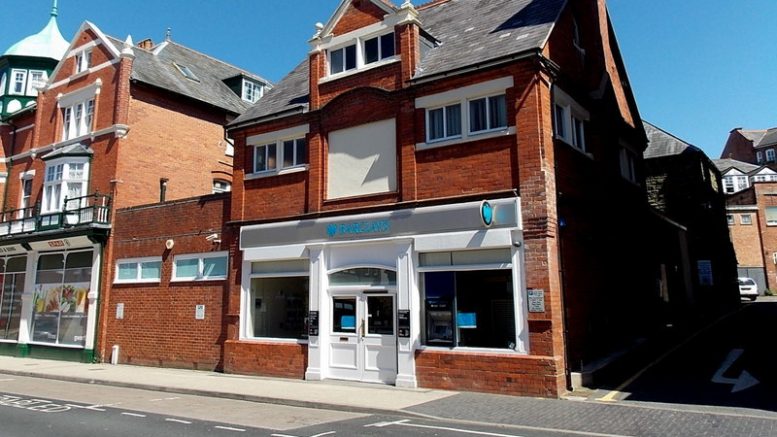 Barclays has announced that it is set to close its Llandrindod Wells branch this summer.

The bank said that fewer customers and increased use of mobile banking are some of the reasons behind the decision to shut the branch in Middleton Street from Thursday, August 26.

The Brecon and Radnorshire Liberal Democrats have since launched a petition to campaign against Barclays’ decision.

In a statement, the Lib Dems said: “We believe the plans by Barclays to close their branch in Llandrindod Wells are premature and risk causing real hardship for many of the older residents and those with low income who will not be able to access banking service in Builth Wells or Newtown.”

Barclays said that it has seen the number of counter transactions declining over the past two years, with the majority of customers (75 per cent) doing their banking online or by telephone.

They added that during the past 12 months, 35 per cent of the bank’s customers have been using nearby branches such as in Builth Wells and Newtown.

The bank has also found that 130 customers have been using the branch exclusively for their banking.