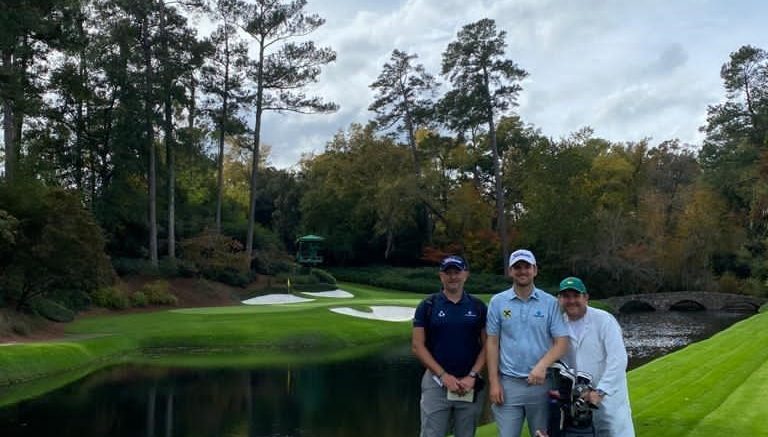 STUART Morgan has come a long way since he first stepped onto Llandrindod Wells Golf Club’s greens as as toddler.

Morgan was introduced to the sport by his grandparents David and Peggy Heighway and continued to hone his skills at his hometown club throughout his education at Oxford Road Primary School and Llandrindod Wells High School.

Morgan was a gifted sportsman – winning national swimming titles and excelling as a javelin thrower but golf remained his main passion and completed his PGA training at Cradoc Golf Club in Monmouthshire.

It was while he was undertaking his PGA training that Morgan came to be interested in coaching elite players.

Morgan has achieved his goals and more and is currently coaching Austrian golfer Bernd Wiesberger, currently ranked 40th in the world rankings.

He said: “ I’ve coached some player to winning on every tour in Europe, I helped a number of juniors go to college in the US.

“I’ve managed to come through some struggles and move on. It’s a mix of many things.”

However Morgan does not plan to rest on his laurels and aims to continue to develop his skills as a coach to the benefit of Wiesberger while also hoping to play a role in the Ryder Cup in the future.

He said: “I just want to keep improving at my craft and then see where that takes me.

“I’ve presented on the topics of coaching and what I do so keep adding to my skill set.

“I can say that I would love to coach a player who plays Ryder cup, but it’s really up to them and I can only guide and support the small amount.”

Morgan admitted his job can be tough and despite travelling the world he misses his family when he is away.

He said: “I get to travel to some amazing places and coach some of the best players in the world.

“The hardest and worst is being away form my kids.

“I just hope one day they can come with and understand what I do. Right now they just think I go on holiday.”

Despite the challenges of reaching the top, Morgan urged anyone who wished to emulate him to aim high and offered his support to anyone looking to make a career in the sport..

“I would say just go for it, find out the pathway and just have a go,” said Morgan. “I can always support and guide in this.”

Morgan hopes to return to the greens where his career and love of golf began in the near future.

He said: “I would love to come home and play Llandod more, but it just doesn’t happen. When I come home I don’t have my clubs.”