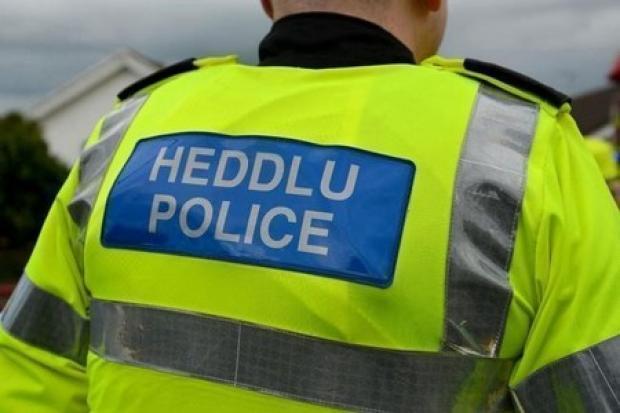 TWO cyclists had a lucky escape after they were almost run over by a motorist overtaking a lorry on a Powys road.

Ms Hawkins was left lying in the middle of the road after falling off her bike following the incident, suffering bruises and cuts to her arms and legs.

Llandrindod Wells Magistrates Court heard on Wednesday, April 21, how 56-year-old Morris had clipped the front of the HGV he had overtaken while trying to get back on the correct side of the road before approaching a corner near the village of Eisteddfa Gurig.

The defendant, of Llwynbrain Villas, Howey, near Llandrindod Wells, admitted a charge of careless driving at the hearing – even though he said he had no recollection of committing the offence.

He had initially denied the offence, as well as two other charges of failing to stop following an accident and failing to report an accident, and had been due to face trial, but he changed his pleas last month. The two latter offences were withdrawn.

Prosecutor Stephen Davies said the incident occurred between 8-9am on the morning of July 30, 2020.

“Andrew Musgrave was driving his HGV between Llangurig and Aberystwyth at about 30mph, when a vehicle overtook him,” said Mr Davies.

“It was a white van and it clipped the front of the lorry, hitting the bumper, and then came back in. He tried beeping his horn and flashing his lights at the driver, but they kept on driving.

“Two ladies were cycling in the opposite direction, Sarah Hawkins and Nia Peris, and they saw the white van approaching at speed, overtaking the lorry. Sarah Hawkins said ‘there was nowhere to go or time to take evasive action, the van sped past us at speed, I thought we were going to topple off, it only just missed us. I can only imagine he saw us at the last minute’.

“She fell off seconds after the van past and was lying in the middle of road on the white lines, with her feet clipped into the pedals. She got up and went to the side of the road. She had a bruise and cuts to her forearm and a bruise to her thigh and her bike was damaged.

“Nia Peris said she saw the lorry and the van as they were coming round a bend; the van overtook the lorry and was very tight to the edge of the road. She fully expected the van to come straight into them but it avoided them at just the right time.

“In interview the defendant said he had been driving near that area sometime on July 30, but he said he couldn’t recall the overtake or the incident at all.”

Gareth Walters, acting for Morris, said a long time had expired between the incident and charges being brought against his client, which had contributed to his hazy recollection.

“The defendant can’t recall the overtake. He was not interviewed until almost six months later and just before the time had expired for bringing a prosecution,” said Mr Walters.

“Mercifully, the cyclists weren’t hit. I have not seen any damage to the lorry. What could have been a nasty incident thankfully wasn’t.

“Mr Morris has been a groundsworker for the last seven years and has worked his whole life. He is a foster carer and has previously fostered his grandchildren. He has spent a long time doing an awful lot of good. This was a foolish decision.”

Chair of the bench, Karen Williams, said: “I’m sure you appreciate this could have had a very different outcome, it was a very dangerous situation.”

Magistrates fined Morris £225 and ordered him to pay £300 costs, as well as a £34 surcharge. He also had six points placed on his driving licence.