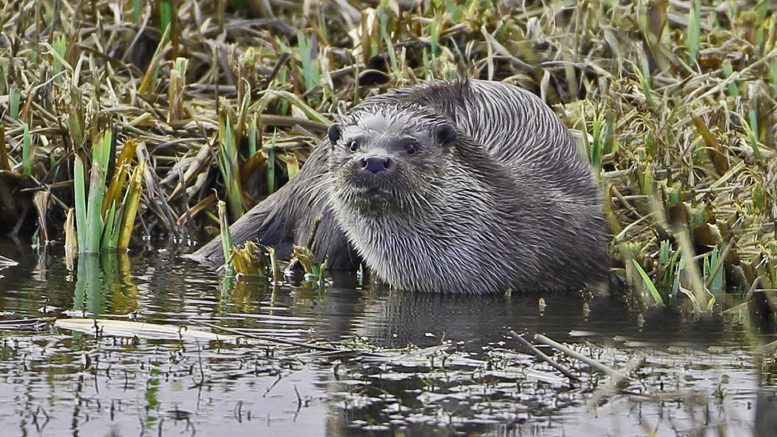 A RADNORSHIRE bog that is deemed a Site of Special Scientific Interest (SSSI) could be set for some much-needed redevelopment thanks to a grant.

The Aberithon Turbary in Newbridge-on-Wye is better known in the village as ‘The Bog’, and yet it is a valuable fragment of nature close to the heart of the village which has now become almost impassable due to lack of management and no grazing.

But now the local community council has the chance to apply for a Welsh Government/Heritage Lottery Fund ‘local places for nature’ grant.

If Llanyre Community Council is successful in its bid for the grant, the state of the site’s wildlife habitats can be improved, and, most importantly for many people, a pathway would be constructed around the site, making it a pleasant traffic-free country walk. There would be a small pull-in and pedestrian gate at the main entrance by the current gate on the Brynwern road, maintaining the privacy of the access road to Aberithon Farm.

Ecological consultant Fred Slater, who helped the community council with their application, said: “I would like to thank everyone in advance for any support they might give and not just if they live in the village, as I’m just as happy to hear from people in Llandrindod Wells, Builth, Rhayader or Beulah or anywhere in-between, as all will be welcome when the Village Nature Reserve is created.

“When I’m asked why the site is important to the heritage of the village, I point out that the turbary is the last remnant of the village’s former Aberithon Common and is called a turbary because it is where villagers could cut peat for fuel before the coming of the railways bringing cheap coal.

“The presence there of one of the few reedbeds in the area was, probably originally, to supply reeds for the reputedly 20 or more thatched houses in the village in the nineteenth century and, into the twentieth century, part of the site was the local refuse dump. With such a past, the turbary holds a special place in the heritage of the village.

“The site is owned by Llanyre Community Council and in the past was rented out as grazing, but the growth of bramble and scrub have made this unattractive to would-be graziers.

“However, the habitats and wildlife are full of interest. The reedbed, marsh, wet willow and dry semi-natural woodland, and the mosaic of wet and dry grassland are all quite special. But all have their problems and need some TLC. Otters regularly use the site, particularly the reedbed as day refuges during the summer.

“A sound like squealing piglets can be heard in the reeds for most of the year, produced by the elusive water rail. Sedge and reed warblers nest there with pied flycatchers nesting in the nest boxes and tree hollows. Several species of bat hunt over the site and five sorts of amphibians, including the rare great crested newt, live and breed in the areas of open water.

“All we need now is for the application to be successful.”

Part of the submission for the grant needs evidence that the project has community support both in the village and further afield. So, if you think that a pleasant walkway around a local beauty spot would be a useful asset for the area you can contact Fred via email on slaterfm@cf.ac.uk to support the proposal. You could even consider becoming a friend of Aberithon Turbary Village Nature Reserve at no cost or commitment.

If you’d like to be a practical part of running and maintaining the site as a volunteer, should the proposal be approved, then you would be especially welcome.