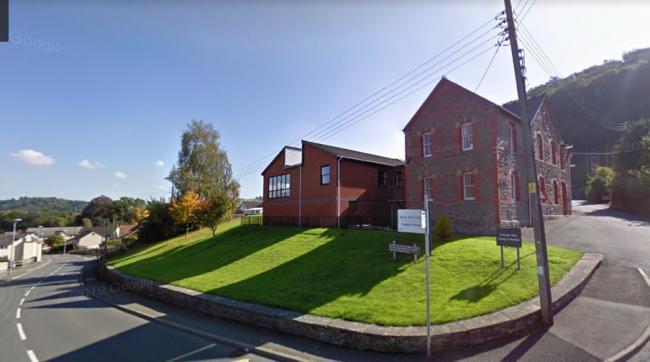 FEARS are growing for the future of Knighton Hospital after operators appeared to contradict an earlier statement they released last week unequivocally denying the hospital could close.

Online rumours have been circulating for some time – largely due to Knighton’s rurality and the fact that some services switched to Llandrindod Wells during the Covid-19 pandemic.

The rumours suggested the future of the community hospital, which provides outpatient and inpatient services, a midwife-led unit, residential care services and therapy, was under threat.

“The health board’s response to Covid-19 meant that we had to temporarily close the ward at the hospital last year but we are still fully committed to reopening it as soon as we are able.”

The ward the statement referred to is the inpatient ward at Knighton, which was amalgamated with Llandrindod during the pandemic, with Knighton relocating inpatient beds to Llandrindod’s Temple Street-based War Memorial Hospital.

But in a lengthy follow-up statement released the following day, May 14, Carol Shillabeer, PTHB’s chief executive, instead described the reopening of the ward in Knighton as a “particular challenge” and said the health board would “continue our working to re-open the ward at Knighton”, while also citing concerns about filling eight of the 13 registered nurse vacancies that are required to fully staff the ward.

“Powys Teaching Health Board remains fully committed to the provision of high-quality services for the people of Knighton and east Radnorshire,” said Ms Shillabeer, providing an update on the situation in Knighton, which was published on the health board’s website on Friday.

“As a very rural area there are clearly both challenges and opportunities for local people in accessing services. Right now, a particular challenge shared by the NHS and the local community is how we work together to re-open the ward at the hospital.

“It has been an extraordinary year in which healthcare staff and patients alike have needed to adapt to a different service.

“It was absolutely vital in Powys we put in place plans that could be sustained over at least six months or potentially longer. These plans included the decision to amalgamate the inpatient beds of Knighton and Llandrindod Wells hospitals on a temporary basis. This was very carefully considered and was the right decision in order to sustain the maximum number of community hospital beds for the people of mid Powys.

“This was particularly important given the number of staff vacancies that already existed, as well as recognising the significant level of staff absence that was likely to occur either through shielding or sickness.”

Ms Shillabeer hoped that Knighton Hospital’s inpatient ward would have reopened in December – but said a dearth of people applying for jobs scuppered the health board’s plans.

“Unfortunately, Radnorshire as whole is a challenging area for recruitment for nursing,” she added.

“This has affected the Knighton inpatient ward for some time. Recruitment efforts to re-open the ward in December were sadly unsuccessful.

“Due to the rurality of Knighton and surrounding area new staff are likely to need to come from a wide catchment including outside Powys. We are competing for NHS staff with other services such as the district general hospitals in Hereford as well as Shrewsbury.

“Given that so many vacancies remained, it was not possible to re-establish the ward in December. And, with the benefit of hindsight based on our experiences of the second wave of Covid, it was absolutely the right decision to maintain the amalgamated ward at Llandrindod Wells during this time.”

She added: “I must be honest with you and indicate my continuing concern about the chances of successful recruitment for the ward.

“A meeting was held this week with staff to discuss the current position and to generate further thoughts and ideas on how best to attract people to the area. This will take time, as the number of registered nurse vacancies is currently the highest in Powys. The ward needs approximately 13 whole time equivalent (wte) registered nurses for the rotas to be filled, and currently there are over 8.5 wte vacancies. The second highest vacancy rate is Llandrindod inpatient ward, which emphasises the recruitment challenges we face in Radnorshire.”

The hospital’s woes have caused anger and fear locally, with many residents claiming they are simply being left behind due to their more isolated location.

The PTHB statement was posted to the Knighton News Facebook page, which prompted some strong responses. Phyllis Boundford said: “That’s the problem, we are in no man’s land no-one wants to know us, just leaving us to get on with it.

“The only thing the powers that be know us for is Offa’s Dyke. Shame on you at the top, come and see how the other half live.”

Helen Wyles went even further, suggesting the staffing crisis was being used as a mere excuse. “Beware people, they are pulling the wool over our eyes once again – because we are Knighton and just don’t figure in their world, sadly.

“They will use the staffing ‘crisis’ as an excuse and then, before you know it, no hospital, just some other use which won’t be of any benefit to Knighton whatsoever. Our loved ones will still be carted off to Llandrindod, the jobs will then be non-existent.”

Sally Vaughan Ross pleaded for the community to come together to save the hospital from what locals fear could be its inevitable closure.

“Come on folks, Knighton needs your support,” she said. “Please like and share, save Knighton Hospital, we need all of you to get behind this important facility in the town.