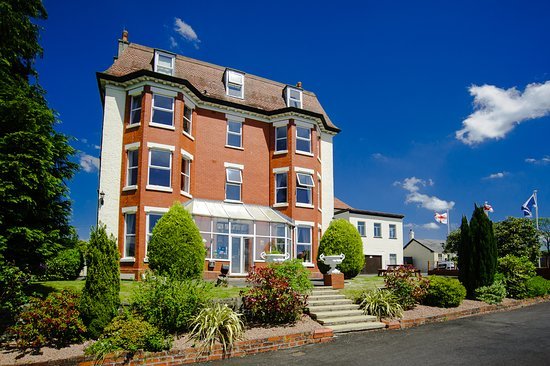 AS THE festive season approaches, it is Wales’ First Minister Mark Drakeford and not the Grinch who’s being portrayed as stealing Christmas in 2020.

But while the Welsh Government’s latest sanctions on the hospitality industry would surely make even the miserly Ebenezer Scrooge blush, many Mid Wales businesses are choosing to find ways to save both themselves and Christmas rather than say ‘bah!, humbug!’ to it all.

The strain that Covid-19 has put on small businesses in rural Wales is evident – with many already shutting their doors for good or fearing a lean winter will force them to – but Radnorshire business owner Sue Green insists retail giant Arcadia going into administration this week, putting 13,000 jobs at risk, proves that no-one is safe.

“It’s a case of adapt or die,” said Sue, who runs guesthouse Highland Moors in Llandrindod Wells with her husband Jeff.

“You’ve seen this week what happens to businesses that don’t, like Arcadia.

“It’s tough for everyone, not just small businesses, but it’s about being flexible and diverse – we went into takeaways and opening up to non-residents and we’ve not shut for a single day.

“We’ve been forced to do things that we never did before, perhaps because the business was doing OK previously, but now we’ve had to. It’s uncomfortable for everyone but you do what it takes to stay in business.

“It’s like running a marathon – you know you’ll have to suffer some pain to complete it, but you get on with it, and I think it’s the same for businesses. If you want to survive, you must adapt.”

Across Radnorshire, in Presteigne, greengrocer and fishmonger Leon Abecasis maintains that the message to ‘shop local’ is more vital this Christmas than it ever has been – but is also one that isn’t new.

“It’s one we’ve been talking about for years as small, independent retailers, but it’s only now people are realising the message, because they’ve had to rely on us,” said Leon, who runs The Salty Dog in the border town.

“People have been shopping more locally since March because they haven’t wanted to go where people are gathering.

“During good times people can shop where they want but now, we’re seeing how important local shops are.

“It’s a constant struggle to compete with supermarkets – we don’t have trolleys or free parking or vast amounts of deals but what we do have is good service, we know our customers and you don’t get that in the supermarkets.”

As if to highlight Sue’s call to diversify, The Salty Dog started a delivery service in March when the first lockdown came down, and Leon says the response has been remarkable.

“We started doing deliveries during the pandemic, we still are, and that’s been massive,” he added.

“We were doing 70 deliveries a week when we first started in March. People can also collect on Sundays, so I’ve been opening up on Sunday only, so that people who wanted to collect without lots of people being about can do so when it’s quieter.”