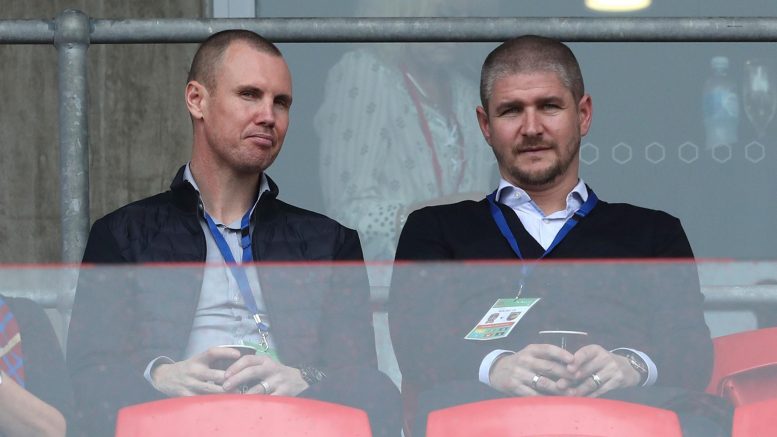 Robinson has won plenty of admirers during his time in Australia at the helm of Newcastle Jets who he joined from MLS side Vancouver Whitecaps earlier in the year.

Robinson managed the Jets to seven wins and three draws in 11 games and makes the move to Sydney alongside former Scottish international Kenny Miller who will serve as first team assistant coach.

The pair have a long-history together following stints at Wolverhampton from 2001 and Vancouver White Caps where Robinson got his start as a head coach in 2013.

“Carl is a fantastic individual, with high ideals and values for football and developing his playing group,” said Lederer.

“There is an absolute need for this club to perform strongly, a strong Wanderers on the field means a strong A-League.

“In Carl Robinson we have a leader who understands the league, what our club values most and is determined to bring us the success we crave on the field and in the development of our future players and leaders.”

Wanderers chief executive John Tsatsimas said that Robinson has impressed immensely during his spell at Newcastle.

“Carl has a great track record both here and in the MLS, his knowledge and passion for the game is inspiring and he comes with a great attitude that will be well-received by our amazing members and fans,” said Tsatsimas.

“Once we realised Carl was potential option we moved quickly to bring him in as we have had only highly positive reports on him as a coach and as a leader of men.

“Carl will be responsible for all A-League first-team duties including player retention, development and recruitment.

“With a strong and knowledgeable support staff behind him and an outstanding Academy system underpinning the future of our club, Carl has a wonderful opportunity ahead and we look forward to working with him to achieve our collective goals on and off the pitch.”

Robinson said he was excited by the opportunity.

He said: “Sometimes in football you get an opportunity too good to turn down.This is a fantastic football club, a big club in the A-League and one that has set the foundations to be very successful.

“There is an expectation of winning that is clear and that is what I am here to do – have success on the pitch and create a pathway for our future players at the club.