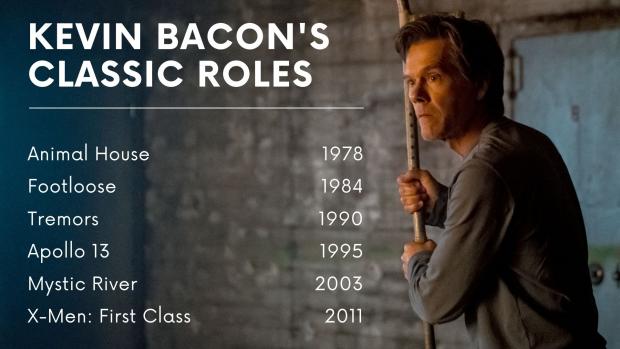 Hollywood star Kevin Bacon has showered praise on a Powys village after enjoying some of the “quietest nights” of his life while filming in the county.

The actor, 62, spent a portion of his time filming his latest project, the film You Should Have Left, in the countryside.

The psychological thriller, from Blumhouse Productions, required a specific type of holiday house as a location, a call that was answered on finding the Life House, located near the village of Llanbister in Radnorshire.

“The writer/director David Koepp set the film in the Welsh countryside in a modernistic house, and I thought to myself I’ve never been to Wales, I don’t know if that house actually exists there. And sure enough we found it.

“And once we saw the pictures of it we were like ‘OK, there’s no other place we can shoot this’ and it was everything I had imagined you know, incredibly beautiful, rolling hills, a lot of sheep and very, very interesting and changing weather.

“Some of the most quietest nights I ever spent in my life were in Wales, and I had a great time”.

The Life House, designed by John Pawson, is one of the locations offered by Living Architecture, which was founded more than a decade ago by Alain de Botton.

Despite immersing himself there for filming, the Footloose star isn’t about to start trying to do a Welsh accent.

“I can’t do a Welsh accent at all, I would not even approach it. But it really is a beautiful language.

“There’s a scene in the movie, it’s actually pretty funny, where my character goes down into the village and the shop keeper says something to me and I say ‘I’m sorry, I don’t speak Welsh and he says ‘That was English'”.

The film is by no means a first-time collaboration for Koepp and Bacon, who worked together on 1999’s Stir Of Echoes.

In You Should Have Left, Bacon plays Theo Conroy, a wealthy man with a past, and also on his second marriage, to a much younger actress named Susanna, played by Mamma Mia star Amanda Seyfried.

The couple decide to take a much-needed holiday to Wales and their stay in what appears to be an idyllic house takes a terrifying turn.

“I think that I love the genre of horror,” explains Bacon of doing a psychological thriller.

“I’m a little bit more drawn to the scary movies in the vein of Rosemary’s Baby, The Shining, Don’t Look Now and Get Out – that are a little bit more on the psychological side of things than the slasher, you know, Friday the 13th…”.

“I like the genre because it’s very heavy character work, it’s a complex character, it’s an interesting character and there was good stuff for me to play.”

Kevin Bacon in You Should Have Left

The film is based on the 2017 book of the same name, written by Daniel Kehlmann, and Bacon says the idea of Theo as a character had been percolating for some time.

He explains: “In the case of this film it started with my wife (actress Kyra Sedgwick) and I having a conversation about scary movies and developing a scary movie.

“And she said ‘Why don’t you do a scary movie that’s around a marriage? I didn’t really know how to take that (laughs), but I then brought that up with David and we started to knock that idea around, so when I finally read the character of Theo it was something that we had discussed like for hours and hours.

“I like the idea that it was a guy who feels like he’s on the precipice of losing his power and I think you see that a lot with men.

“You know our power, whether it be money or status or sexual power, becomes this super important thing to us and when you get to a certain age and it starts to kind of wane, I think that’s a very, very interesting age to explore and that’s exactly what we wanted to do with Theo.

“As well as the idea that there’s things that he has in his past that he hasn’t faced yet and the question of how and when and why and where does redemption come from, where do you find forgiveness for the things that you’ve done that are wrong”.

Shot between Wales and on sets in London, the actor also recalled a moment that happened during filming.

He explained: “It’s a rented house in the film, and I’ve stayed in countless rented houses and apartments in the course of my career because I travel and have to go to a town and shoot some place.

“There’s a great moment when I notice when we first get there (to the house in the film) that there’s all these picture frames on the walls with no pictures and there’s just something that’s kind of unsettling about that.

“When I moved into my flat in London, for the shoot, because we did a lot of it in Wales but we also did a lot of set work in London, sure enough there was a whole wall of empty pictures (frames), just hooks on the wall.

“I took a video and sent it to David and said ‘This is life imitating art'”.

You Should Have Left is out now on digital download, DVD and Blu-ray.