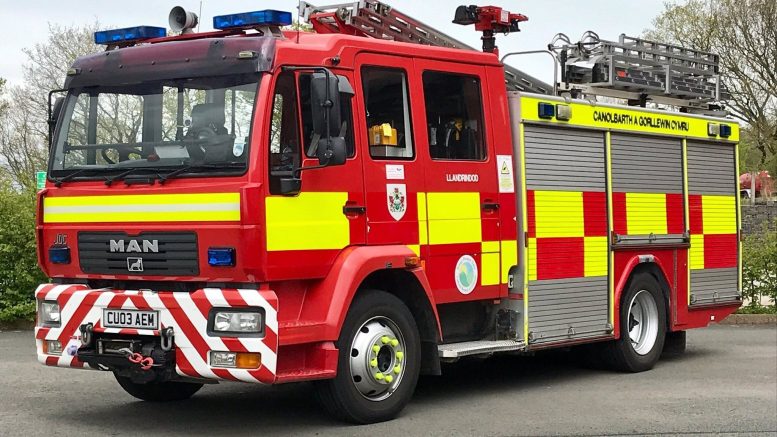 FIREFIGHTERS from Llandrindod Wells were on hand to assist their Mid and West Wales Fire Service colleagues on Sunday morning.

One crew from Llandod was called out to support Builth Wells firefighters after reports of a house fire in the Llanelwedd area, shortly before midday.

A Llandod spokesman tweeted: “Stn 13 Pager and 13P1 mobilised at 11.45am to assist our colleagues from @BuilthFirestn with a house fire.