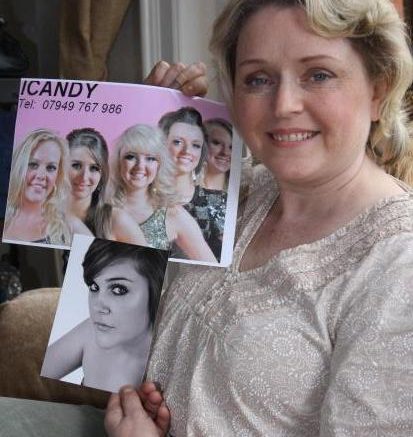 A singing coach from Llanfair Caereinion and a community champion from Llandrindod Wells have been recognised in the Queen’s Birthday Honours.

Elaine Buckland from Llanfair has been awarded an MBE, in recognition of devotion to her professional and voluntary work over the last 35 years.

Meanwhile Jayne Griffiths, a Tesco community champion, has raised more than £100,000 for groups across Radnorshire.

The bumper list showcases 414 exceptional contributions of unsung heroes in response to the coronavirus pandemic.

A total of 1,495 honours have been handed out to people across the UK. Of those, 72 per cent go to people who have worked tirelessly for their local community. Healthcare and social care workers make up 14 per cent of the list, which also boasts the highest-ever amount of recipients under 30 – 11 per cent

For the last 25 years, Elaine Buckland has raised tens of thousands of pounds for charities via her determination and creativity, through choirs she has established in both Wales and Wolverhampton, particularly the Llanfair Caereinion based choir, The Castle Belles.

She has become an ambassador for the arts and fundraising in mid-Wales.

Speaking to the County Times, Elaine paid tribute to everyone in her choirs and who had worked with her leading to this honour.

“It’s bizarre because I was first notified in June when we had already lost one family member to Covid and my mum, who’s 84, was on an ICU for seven weeks.

“It was really difficult to take in with everything going on at the time, and although we weren’t allowed to tell anyone, I told my mum in case she didn’t pull through but she since has and this might have helped.

“It’s so difficult, when you think of everything that is going on with the arts at the moment, I’ve got this award because of the arts, because of my music.

“But I really want to pay tribute to my choir (The Castle Belles), even during lockdown we’ve managed to raise £2,500.”

Elaine is a university lecturer in music who was previously a professional singer, and worked with artists including Mylene Klass, Craig David, Tommy Steel, Peter Kay, Barbara Dickson, and Tony Christie.

She was the Musical Director for the Grand Theatre in Wolverhampton for eight years, where local adults and children benefited from her work on a number of educational projects.

Elaine was also the choir leader for both their junior and adult choirs for five years, working with many professional West End productions.

A TIRELESS community champion who has raised over £100,000 for groups and organisations in Radnorshire, Jayne Griffiths has been awarded an MBE in the Queen’s Birthday Honours.

Jayne, a Tesco community champion for the last four years, has been recognised for her relentless hard work in her local community of Llandrindod Wells – and well beyond.

Her remit as a senior community champion covers the whole of Radnorshire, including Rhayader, Presteigne, Knighton, Kington, as well as Builth Wells, Brecon and Hay – while she oversees a team of 21 other champions, which extends to West and South Wales too.

Jayne, 57, has become part of the furniture Tesco sells in its Llandrindod store since first taking up a post there 10 years ago. She worked as a team leader in the clothing department in 2010 before moving on to counters manager, taking up the community role in 2016.

In typically stoic and unglamorous fashion, Jayne insisted it’s a burning passion for the role, not potential glory, that is at the core of her work.

“I couldn’t believe the news when I was first told, I do my job because I love it, not for the recognition,” said Jayne, from Llanyre.

“I’ve always been the sort of person who’s risen to any challenge. I’ve raised over £100,000 since being in the post.

“I’ve got a great relationship with local shops here in Llandrindod, many of whom were sceptical about Tesco coming to town in 2010. Some people still aren’t keen but Tesco do so much in the local community.

“Every time we have grants available I’m always going round local groups and businesses who want funding and during Covid-19 we put £14,000 back into the community from the Bags of Help scheme, giving out £500 each time, so that benefitted 28 organisations.”

Unbelievably, the MBE was almost discarded by Jayne, who mistook being informed of the honour by Tesco chiefs earlier this year as a prank pulled by colleagues.

“I deal with 21 other community champions who are based all over Wales and they’re always pulling pranks on each other so when someone rang to say I’d been awarded an MBE I just put the phone down on them,” added Jayne.

Even when she’s not in work, Jayne can’t help but busy herself with helping out somebody else.

There is a history of diabetes and other health issues in her family, which forced her to take 12 weeks off work at the start of the pandemic – but even that failed to stop Jayne from getting involved with community groups and projects.

She became a volunteer champion for Credu – a Powys-based service that connects and supports carers and their families – after the organisation’s Kevin Holcroft approached her.

“I was off for 12 weeks so needed something else to do,” she said.

“I became a volunteer champion for them and learnt so much and met so many fantastic people.”

Even when she’s not swamped at work or during enforced annual leave, Jayne normally fills her free time with charity work. She was recognised by Diabetes UK Cymru a few months ago who bestowed the Director Award upon her for reaching and connecting communities.

Diabetes UK, Cancer Research UK and the British Heart Foundation are Tesco’s three national charities, but Jayne also makes sure Mid Wales causes are taken care of by her employers too – including the Bracken Trust, the Leg Club and Play Radnor among a slew of others.