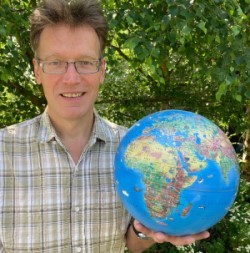 A LLANDRINDOD Wells county councillor is giving away a chunk of his allowance in order to benefit community projects within his ward.

Councillor Jake Berriman, who represents the Llandrindod North ward on Powys County Council, is calling on groups and charities to submit proposals to him and get their hands on a share of £600 to aid their group or fund a particular project.

Cllr Berriman introduced the grant scheme during his first term in office after being elected Llandrindod North councillor a year ago.

The £600 equated to roughly five per cent of his approximate £13,000 allowance as a county councillor and he hopes the gesture shows that not all politicians are “only in it for themselves”.

“It’s just my way of helping people in my ward, I’m trying to lead by example and if I can help out then why wouldn’t I?,” said Cllr Berriman, who was elected in October 2019 and introduced the grant scheme in November.

He made grant amounts of up to £100 available per organisation last year, enabling him to support as many groups and projects as possible.

Only two were successful – the 1st Llandrindod Scout Group and Helping our Homeless Wales. He then ploughed the rest of the funds into community projects during the coronavirus pandemic – donating £100 in each of the last three months to the Local to Llandrindod town raffle.

But, this year, he hopes he will be able to find six beneficiaries to give the money to – which may actually turn out to be seven as councillors’ allowance has risen to approximately £14,000, meaning the fund could rise to £700.

“There are some fantastic groups and charities in my ward and we’re into a new electoral year so I want to give it a new push and, this year, I really hope I can find six projects to give money to,” added Cllr Berriman.

“Councillors’ allowance was roughly £13,000 last year but it’s gone up this year so it might even go to £700 and seven groups.

“As long as I’m a county councillor I will do this every year.”

Any organisation or group can apply for a £100 grant so long as the activities requiring funding benefit the people living or working within the Llandrindod North ward – this includes Trefonnen, Tremont Park, Tremont Road, the projects, as well as surrounding areas.

Cllr Berriman is looking for projects which have the greatest impact or benefit for the ward – the scouts used their £100 to buy a tent while Helping our Homeless used it to assist people currently living in the ward.

“It’s not just handing out money because I did turn some applications down last year as they weren’t from my ward or wouldn’t be spent going to benefit the ward.

“So, after giving away the £200, I spent the remainder on the town raffle, donating £100 each month and paying for tickets, the licence and so on.”

Successful recipients should be able to spend the grant within a reasonable timeframe, in most cases within three months; evidence expenditure if required and provide feedback and/or photographs about how the money was spent and how it benefitted the ward.

Cllr Berriman is also happy to be further involved with the project. If you’d like to apply for a £100 grant, fill out the form here.