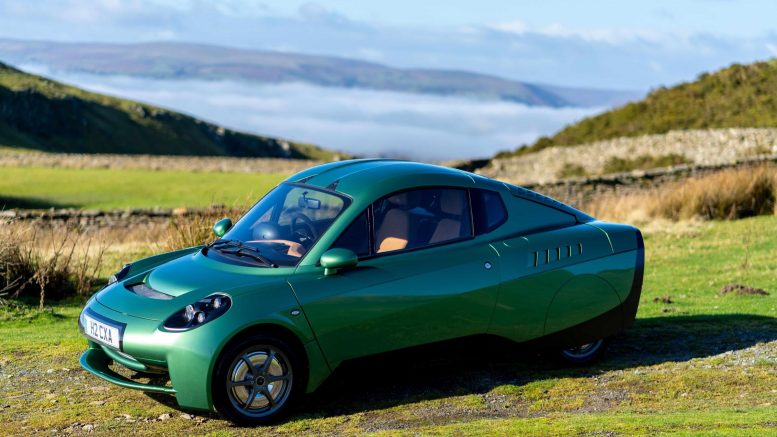 COMMERCIAL production of an innovative hydrogen electric car has moved a step closer thanks to a collaboration between Mid Wales manufacturers Riversimple and Siemens UK.

Siemens, one of the most successful and technologically advanced firms in the UK, has shown confidence in award-winning Llandrindod Wells-based firm Riversimple by agreeing to collaborate on its groundbreaking Rasa hydrogen car.

It is hoped the investment could result in the creation of around 220 direct skilled jobs, as well as indirect jobs with suppliers, and result in 5,000 vehicles being produced per year.

Hugo Spowers, Riversimple’s managing director, said: “Siemens is involved in green energy generation and has a history of enabling technology companies like ours.

“They share our passion for sustainability, hydrogen and the circular economy and have deep expertise in technology software and plant simulation as well as financing the tech sector. We are very much looking forward to building this relationship.”

Brian Holliday, MD of Siemens Digital Industries GB & Ireland, added: “We are delighted to be working with Riversimple, a UK company which has designed and built a revolutionary electric car that runs on hydrogen.

“We support firms that produce boundary-breaking products in terms of design, manufacturing and performance. It is particularly satisfying when we get to support a programme with sustainability at its heart that can make a difference to the health of our planet.”

Based in Llandrindod, Riversimple’s Rasa has attracted interest from potential customers from around the world.

The two companies have struck a deal highlighting collaboration on a number of fronts, including sustainability initiatives – in particular focusing on circular thinking in product design, supply chain management and economic models; support for skills and learning requirements in Wales and beyond for the hydrogen mobility sector; securing the financing required to reach volume production of highly efficient hydrogen vehicles.

Riversimple has also announced the appointment of Gambit Corporate Finance and an investment round that aims to raise £150m over the next three years, which is set to fund two manufacturing plants – and could result in the creation of around 220 direct skilled jobs, as well as indirect jobs with suppliers, and result in 5,000 vehicles being produced per year.

The Spa town firm aims to start commercial production of their eco coupe, the Rasa, in 2023, and a light goods vehicle the following year.

Currently, Riversimple are building a low volume production run of Rasas for a trial with the general public based in Abergavenny. The trial is being supported by OZEV as part of the HTP programme.

Visit Riversimple.com to find out more.