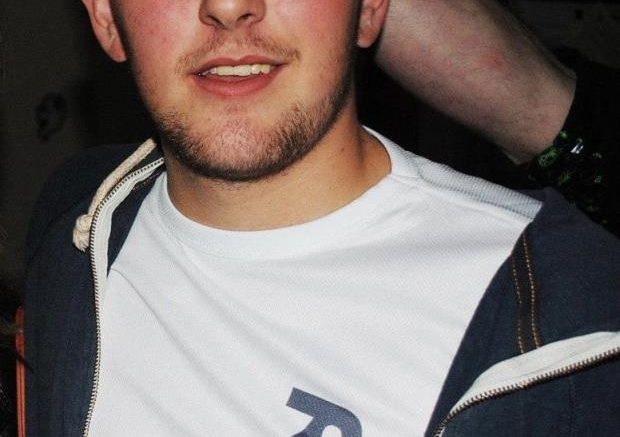 A POWYS man has thanked his “hero” friend who saved his life after a tooth infection nearly killed him.

Brett Corbett, 24, underwent what he thought was a routine root canal procedure in Llandrindod Wells earlier this month.

But, during the appointment, his dentist noticed an infection in his tooth that he advised the former Llandrindod High School pupil to get checked out.

Four days later he was in agony, his face and lips so horribly swollen he was unable to close his mouth and as the day wore on the swelling became so bad it started cutting off his breathing.

He was ultimately rushed to hospital in Merthyr on Sunday, November 15, after quick-thinking friend Sadie Lewis, a private dentist, pulled some strings.

By the time he got down to Prince Charles Hospital, the situation was becoming life-threatening, leading to emergency surgery to remove two teeth. Brett is now recovering at home.

“On the journey to Merthyr the pain was getting worse and I was struggling to even breathe by the time I got there,” said Brett.

“My mouth had swelled that much it was cutting off my airways. When I arrived at A&E the looks on the faces of the doctors and nurses said it all, it was a time game and emergency theatre was booked. I went in, had two teeth removed and spent four days in Merthyr recovering.”

Sadie was in constant contact with Brett throughout the weekend of the ordeal, from asking to see photos of his swelling to telling him to book an emergency appointment with a Newtown dentist on the Sunday, to then contacting the dentist at Prince Charles herself to book an emergency appointment for her friend. And Brett says he owes her his life.

“I had a nurse come round to me after the operation and say ‘you owe your friend everything, she’s saved your life. You’re a very lucky boy to still be here’.

“She said if I’d have gone home from Newtown, I wouldn’t have woken up Monday morning. I am so, so grateful to Sadie and to have her as a friend, if it wasn’t for her I wouldn’t be here to tell the story.

“The word hero gets spoken about too easily these days but I will never forget everything Sadie did for me, she is my hero.

“Thank you to everyone that’s helped me, from my friends and family, my mum Helen and girlfriend Meg, who I put through a load of worry, but especially Sadie.”

It’s a miraculous latest chapter in a catalogue of disasters to have befallen Brett in the last year – culminating in him losing his leg in March.

After 18 months of chronic pain in his right leg and being misdiagnosed with an ingrowing toenail, he was eventually told he had lupus and critical limb ischemia – a severe obstruction of the arteries which reduces blood flow – last November, a condition doctors told him had probably been undiagnosed since birth. By then two blood clots had formed in his ankle and behind his knee but an initial operation and then three more failed, resulting in him having his leg amputated below the right knee in March.

The ex-DPD Delivery driver is no longer able to work and now needs a wheelchair to get around, and has a prosthetic leg.

“Five operations in 12 months is good going. I don’t want to ever see another hospital again,” added Brett.

A spokesperson for {my}dentist in Newtown, who were unable to see Brett on the Sunday due to his medical history, said: “One of our clinicians spoke to Mr Corbett to assess his medical history and, in the interests of the patient’s safety, advised that he needed to be treated in hospital.”

Brett’s friend Philip Cooper set up a fundraising page this year to help pay for a prosthetic leg and wheelchair. Visit www.gofundme.com/f/bretts-prosthetic-leg-and-wheelchair