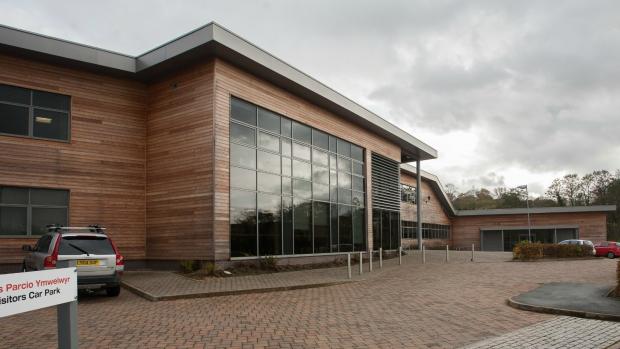 MAGISTRATES have declined to send a Llandrindod Wells man to prison after he could not be fitted with an electronic tag – because it would break the rule of six.

The bench sitting in Llandrindod on Wednesday, October 14, found that 32-year-old Shane Davies is demonstrating a willingness to comply with authorities – including sticking to his strict curfew – after he was given a suspended prison sentence in August for assaulting police officers.

Davies, of Plas Dinham, Norton Terrace, Llandrindod, had missed numerous appointments to get fitted for the monitor – but the court was told that on one occasion the company who fit the tag had refused to do so due to Covid-19 restrictions, as Davies had six people in his flat.

He pleaded guilty to failing to comply with the community requirements of his suspended sentence order.

Probation officer Rachael Lonsdale told the court Davies was sentenced at Cardiff Magistrates Court on August 29 for three offences, including two counts of assault on a police officer and possessing Class A drugs.

“He was given a 12-month suspended sentence, with eight weeks custody, and was made subject to an eight-week curfew order until October 23.

“He failed to comply by not making himself available for the installation of the monitor on three occasions in September.”

Acting for Davies, Owain Jones said his client desperately wanted to complete his sentence – even going to Tesco on Wednesday morning before his case was called to buy a new mobile phone so he can be contacted by the monitoring company, as the police confiscated his old phone.

“It’s been a catalogue of errors but my client admits he has been at fault on occasions,” said Mr Jones.

“He knows he’s in the wrong but there are mitigations for the breaches. The tagging people might have gone to Flat 4 instead of 4A on occasions. His flat also has two doors and I’m told that if there is a knock on one door you often can’t hear a knock on the other door.

“He was under the impression he was under a police curfew, not the tagging company, as the police are in constant contact with him.

“The tagging people tend to come late at night and he has mental health issues for which he is on strong medication. When he takes it in the afternoon its purpose is to get him to sleep and it knocks him out.

“The day he did answer the door and spoke to them they didn’t want to come in because he had six people in his flat and they wouldn’t enter for Covid reasons. It seems this was the last chance.”

Despite not wearing an electronic monitor, Mr Jones said Davies is adamant he has been complying with his curfew, which runs from 7pm to 7am each day, since August.

Magistrates agreed with Mr Jones and told Davies they could see he is demonstrating a strong will to comply. They extended the curfew to eight weeks starting from Wednesday and ordered Davies to pay £65 costs.