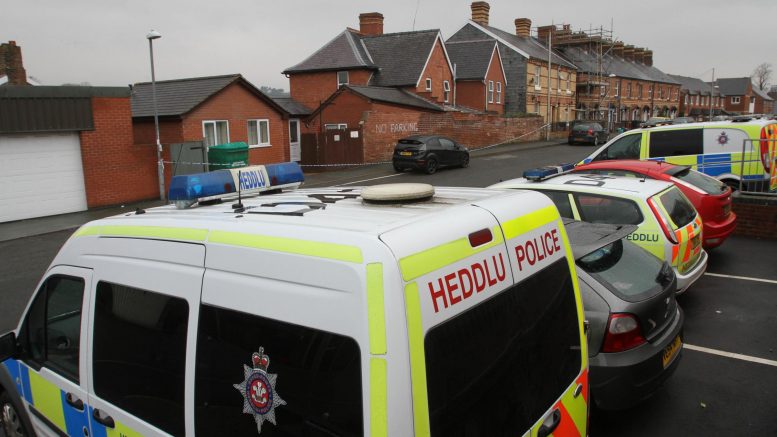 MORE details have been released by police regarding a drugs raid in Llandrindod Wells last week.

On person was arrested, though the investigation is ongoing, by the Llandrindod Wells Neighbourhood team who, acting on information, obtained a warrant under section 23 misuse of drugs act on Friday, February 19 at an unnamed address.

During the search of the property a quantity of controlled dugs was discovered and seized and police have confirmed the alleged offender will be dealt with for offences linked with the findings.

Dyfed-Powys Inspector Jonathan Rees-Jones praised the work carried out by the team and said more warrants for drugs have been executed.

“Over the same weekend, Llandrindod Wells Neighbourhood policing team completed an urgent warrant application for an address in Llandrindod Wells. This and another warrant was executed simultaneously by NPT and Beat officers.

“An amount of controlled drugs was located and seized. The occupant returned to the address a short time later and was also subject to a search under the misuse of drugs act.

“The alleged offender will be dealt with for offences linked with the findings.

“Good work by officers involved in dealing with priority information, obtaining the warrant and executing both warrants in a timely manner.

“Thank you to the community for providing information, enabling us to act and remove drugs from those who seek to cause harm.”

Information can be provided to police in a variety of ways, by visiting a local station, reporting on-line, using 101 or reporting to crime stoppers on 0800 555 111.