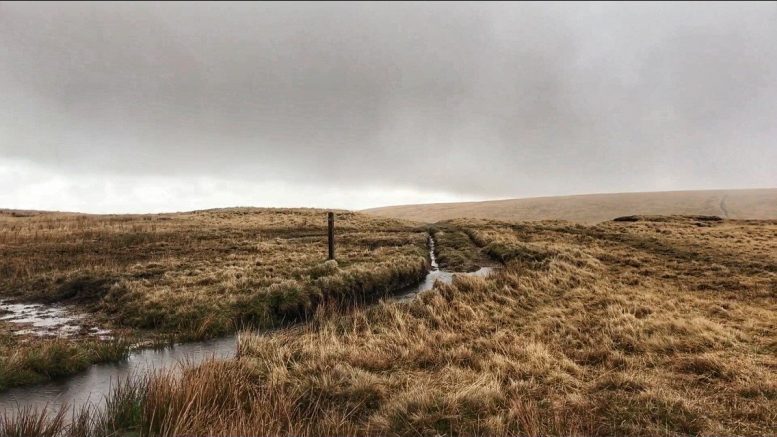 CONCERNS have been raised during consultation about the proposed maintenance on the historic Monks Trod in the Cambrian Mountains, about the care that needs to be taken with the work.

Before Christmas a Powys County Council public consultation was held about a draft environmental assessment, in relation to proposed work on the historic route, near Rhayader.

The byway crosses the Cambrian Mountains between Pont ar Elan in Powys and the Strata Florida Abbey in Ceredigion and the council has been looking at ways to carry out work on the unsurfaced byway, which runs over naturally boggy and difficult ground.

It has become badly damaged due to off-roading activities in recent years, leading to legal restrictions.

The Monks Trod byway runs over an area of the Cambrian Mountains that is highly protected because of its fragile habitats. Before carrying out any work, the council must carry out a complex environmental assessment – known as a Habitat Regulations Assessment – to consider what effect the work might have on the whole of the area, which has been designated as a Special Area for Conservation.

The deadline was Sunday, December 13 to allow any new evidence to be reviewed and a conclusion reached.

Responding to the consultation exercise, the trustees of the Cambrian Mountains Society, sent a letter to Powys County Council expressing the Society’s concern about the proposed maintenance.

In an excerpt from the letter seen by the County Times, Peter Foulkes, Acting Chairperson the Cambrian Mountains Society said: “The Cambrian Mountains Society has, for many years, campaigned over the ‘welfare’ of the Monks Trod and as such is very concerned over this latest proposal from Powys CC as to their guardianship of what should rightfully be designated as a Linear Ancient Monument.

“The direction that Powys CC seem to be heading, if they follow the advice of the HRA, is all to do with political expediency rather than of care for this very fragile environs.

“Whilst CMS does not doubt the veracity of the ecological and hydrological surveys carried out by the authority’s consultants it challenges their sufficiency as basis for the recommendations of the Report, which do not take all relevant considerations into account.

“The incompleteness of this appraisal is compounded by the news that reached the Society, just as the deadline approached for submitting this response, that no planning application will be needed for any of this ‘remedial’ work.

“It is extraordinary that such a conclusion should be reached despite the work including what appears to be involved, extensive, civil engineering, for a track that is believed in medieval times to have had only very short sections of ‘cut and fill’ to make it more horse-worthy, and has had no modern surfacing whatsoever.”