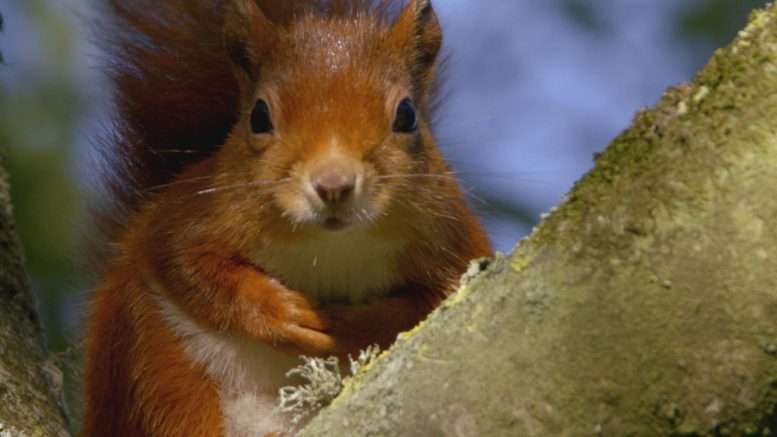 THE Wye Valley is to feature in a new national history series on BBC One Wales later this month.

Wales: Land of the Wild and Land of the Wild: After Dark, a brand new documentary which reveals the secrets of Welsh wildlife, will be aired at 8pm on Thursday, March 25.

Narrated by Michael Sheen, Land of the Wild: Secrets is an epic journey using innovative camera technology to uncover the hidden worlds of Welsh wildlife

Michael Sheen said: “This is an epic journey, following wild waterways; from the highest mountains to the Celtic Deep. Cutting edge technology reveals hidden secrets and brings us a little closer to the land of the wild.”

Using macro cameras that can capture the minute details of the country’s tiniest creatures, as well as racing drones that can track its fastest animal, plus infrared cameras and time lapses that show the changing seasons, Land of the Wild Secrets reveals the mysteries of Wales’ wildlife like never before.

This is a story of survival and romance set against the backdrop of some of Wales’ most breath-taking landscapes; from the Red Grouse on the dramatic mountainous uplands, to the illusive Catshark, master of the Celtic Deep, and everything in between.

Delving into the crevices of the Wye Valley River in Mid Wales, a Hydropsyche Caddisfly cleverly weaves a net of silk to catch food. Drama unfolds in this hidden world as one Caddisfly has issues with a nuisance neighbour throwing away unwanted goods.

In Parc Cwm Darren in the Rhymney Valley, a slow motion camera captures the secrets of the Dragonfly’s flight. The footage showcases the insects’ fascinating lifecycle, transforming from underwater nymph to aerial master.