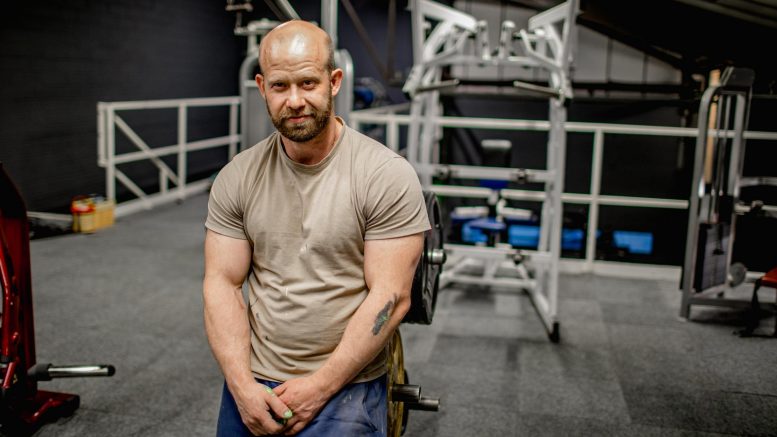 AS LOCKDOWN rules continue to lift in Wales, Powys residents have also been getting back to lifting today, as gyms reopened across the country.

After nearly five months of being shut, gyms followed in the footsteps of pubs and cafes last week by opening their doors back up to members on Monday. Gyms, fitness facilities, leisure centres, spas and swimming pools have all been getting back to normal, with strict social distancing and sanitising procedures in place.

The reopening of the health and fitness industry had originally been planned for May 10, but the Welsh Government brought the date forward by a week due to a drop in Covid cases – with Wales’ case rate having fallen to its lowest point in eight months.

In Llanidloes, Garry Horrigan said members were queuing at the door to get back in the gym this morning, while in Llandrindod Wells Joss Tomlin might well have been the first Powys person in a gym after getting his workout in just after midnight.

It’s been a difficult time financially for gym owners, not to mention the mental health strugglers of gymgoers who haven’t been able to gain the physical and mental benefits a workout can bring. And for Nick’s Gym owner Nick Newton, he endured the added stress of being shut down and fined on Christmas Eve for breaking Wales’ stringent festive lockdown rules. Nick was fined £1,000 by Powys County Council and said he’d been on the brink of selling up over the last few months. Now, however, it feels like a “new era”.

“It feels like a fresh start, coming out of lockdown,” said the 41-year-old, who has used the last few months to give the Ddole Road Enterprise Park premises in Llandrindod a facelift.

“We’re breaking away from what was before, it’s a bit like a new year, new me sort of thing. I really wanted to sell up and move away during lockdown because I was so stressed. I didn’t want to train and have gone months without training myself.

“But now it feels like a new era, it’s Nick’s Gym 3.0. It’s our third major upgrade. We’ve given the place a massive facelift, including £6,000 of new flooring, a thick underlay, with carpet on top. It looks more modern rather than the spit and sawdust approach we had before.

“We’ve added new spotlights, which gives it a completely different look. We’ve had a paint job, which goes along with our new logo colour scheme of dark grey and green.

“It all feels like we’re getting somewhere and moving forward now. It works well for me and hopefully it will work for others too. It’s all been worth it, I’m chuffed to be back open.”

“Joss came in as we were still painting, just adding the final touches,” added Nick.

“I heard an engine outside, he came in got a quick leg workout in. He works early so that time suits him. We are a 24-hour facility anyway, manned from 9am-9pm, and then people have their own key cards and access codes.”

Not all the work planned was able to be completed in time for opening day, but plans are afoot to introduce a café and create a chill out area, including pool tables, next door in the coming weeks.

“It’ll be somewhere where people can socialise because we haven’t been able to do that for so long,” said Nick.

“This was the plan before lockdown. We also have an app with food and a delivery service, so hopefully the idea will be people come in and order their food for post-workout. We want to have a big open area for classes, maybe people can hold meetings here or it can be hired out.”

In Montgomeryshire, meanwhile, Horrigan Health and Fitness owner Gary was happy to arrive to a throng of people waiting to get into the Llanidloes gym.

“People were queuing up to get in the door,” he said.

“They’ve been eagerly awaiting today, the last few months has been a long drag. For the last two or three weeks I’ve had people bombarding me with messages asking when we’re reopening.”

Old and new members alike have been getting in touch, with Gary estimating he has signed up more than 50 new members in the last week alone.

“People have been locked up for so long and, as that affects everyone’s mental health, it hasn’t made sense to me to keep gyms closed.

“We’ve closed the gym three times in the space of 18 months, so I just hope there’s no more lockdowns because I don’t think we could cope – economically or mentally – if we had to shut again.

“The vaccine is being rolled out successfully now so I just hope this is the end of it, I can’t see why there would be another one.”

Gary has also used the free time wisely, by introducing new equipment to the gym, having consulted members.

He said: “We had some government grants so we took the decision to reinvest. We’ve got a number of new bits of equipment in.

“We understand we have to evolve, our industry is doing that all the time. We asked members in lockdown what they wanted in the gym that isn’t there, and we took their advice on board.”