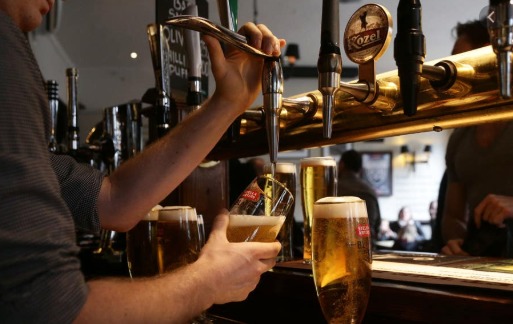 THE phrase ‘a lot can happen in a year’ is a common one, but never could it have been used more appropriately than to describe what we’ve all been through in the last 12 months.

Coronavirus, or Covid-19, might not even have been part of every Welsh person’s vocabulary when you woke up on March 11, 2020, but over the ensuing 365 days you’ve likely not spoken about much else.

On this day last year, the first coronavirus cases were confirmed in Powys by Public Health Wales – from tests conducted the previous day – and everything changed.

The World Health Organization declared the outbreak a pandemic the same day. Five days later Wales’ first death was recorded, in Wrexham – there have been another 5,423 since, and 202,788 positive cases in total.

All schools closed on March 20 and on March 23 – less than two weeks later – the UK was under its first lockdown. Since then, Wales has suffered that fate another two times.

In Powys, one of the least affected areas of Wales, 4,032 cases of Covid have been discovered and 235 people have died.

But, despite all the death, the toll it has taken on our tireless NHS workers and doom and gloom for thousands and thousands of businesses in Wales, brighter times appear to be on the horizon.

Tomorrow (Friday, March 12), Wales’ First Minister Mark Drakeford will review lockdown rules as part of the Welsh Government’s three-week cycle, with hopes high that the excellent progress of the nation’s vaccination programme – it was announced earlier this week that more than one million Welsh people have now received a first Covid jab (or over 40 per cent of the population) – and a drastic lowering of cases over the last month mean enough has been done to mitigate the spread of the virus to allow business to flourish again.

Positive steps have been taken but, just as many pub landlords, hoteliers, café, salon and gym owners might finally be seeing a chink of light emerging as the end of the tunnel draws nearer, the buzz words for Radnorshire businessmen and women ahead of Friday are, unanimously, “cautious optimism”.

Gwyn, who runs The Fountain Inn, Penmaenau Events, the family farm and somehow finds time to be mayor of Builth Wells too, said: “I am of course hoping and planning for a full return to everything but I’m genuinely concerned that we’ll see a rise in cases as shops and schools open and that will mean that the tourism, events and hospitality sectors will be sacrificed again and made to remain closed or under such an amount of rules it won’t be viable to trade.

“As for recouping losses, that’s not going to happen. What people have lost is gone forever and I’m concerned for businesses that make the most of the money in the spring and summer months as I don’t think they will see enough made this coming season to carry them through the winter without having to sacrifice jobs or, in the worst case scenario, the businesses no longer being able to trade.

“It’s depressing to look back and I genuinely think the towns will be very different this time next year due to the cost of Covid. I hope every business will fully return but I have my doubts, especially as the grant schemes and furlough will by then have disappeared.”

Businesses elsewhere in the county are also striking the same sombre, cautious tone.

“All theatres in Wales are in the same position, and there’s still no guidance from the Welsh Government on when we will likely be able to open.

“Obviously, grants have been limited, and should we be unable to open later this year, there will need to be more funding put in place to support the arts.”

Back in October, when the Welsh Government announced their ‘firebreak’ lockdown in a bid to quell a rise in cases following a two-month easing of restrictions during the summer, Knighton landlady Alison Proudman admitted he was “happy to follow the rules if it gets us the right results”.

A little more than two weeks later, however, the owner of the border town’s Golden Lion pub admitted times were anything but golden as the hospitality sector emerged from the firebreak with “more restrictions” placed on them. By the time Wales was plunged into a third and more permanent lockdown prior to Christmas, Alison admitted she’d run out of things to say.

“Who would have believed we would still be in this mess 12 months on,” she said this week.

“Although there is absolutely no way we will be able to recoup our losses from over the last 12 months, I do feel cautiously optimistic for the future of our little business, as we are in a very fortunate position to be supported by an extremely loyal bunch of regular customers, which we have always been so very grateful for.

“The vaccination programme is the most positive and successful thing to have come from the whole Covid nightmare, so hopefully when all adults have been vaccinated towards the end of summer, things will start to look more positive for everyone including our little business.”

Cautious optimism is the constant theme coursing through this story but you feel the approaching weeks and months will really be make or break for some businesses, who will warmly welcome being allowed to reopen but dread being put back under lock and key for a fourth time.

As Dale Gorman, landlord of Presteigne’s Royal Oak puts it, business owners are living on a “knife edge”.

“Hopefully we are coming to the end of this all now with the ongoing vaccination programme,” said Dale. “Who’d have thought we’d be living like this a year ago?

“We still have cautious optimism looking ahead to the spring/summer period. This has probably been the toughest lockdown of them all but with the ongoing success of the vaccination programme we hope to rebuild consumer confidence and build up the business when we are allowed to open – but this is once again likely to mean us operating under restricted means.

“We hope that the Welsh Government will have learnt previous lessons and give the industry guidance earlier and continue their support programmes post opening up as many are living on a dangerous knife edge.”