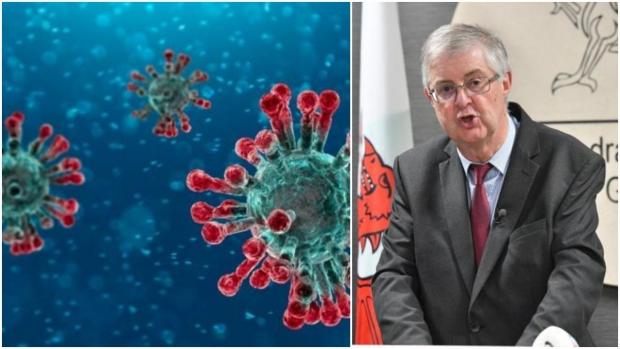 BUSINESSOWNERS in Radnorshire are not shocked by First Minister Mark Drakeford’s decision to put Wales into a third lockdown this Christmas – with many preparing not to open again until the spring.

Alert Level 4 – the highest level – measures are to be introduced from Boxing Day, while some restrictions will come into force on Christmas Eve.

The Welsh Government yesterday announced that all non-essential retail, including close contact services and all leisure and fitness centres, will be forced to close from the end of the day on December 24. All hospitality premises, meanwhile, will be forced to close from 6pm on Christmas Day. And hospitality venues and licensed premises such as pubs and restaurants will be available for takeaway services only.

But tighter restrictions for household mixing, staying-at-home, holiday accommodation and travel will only apply from December 28, with the planned easing of Covid restrictions over Christmas remaining in place between December 23 and 27 – although the Welsh Government will also put new guidance for only two households to mix part as part of a ‘Christmas bubble’ during a five-day period into law.

Dale Gorman, landlord of the Royal Oak pub, in Presteigne, said the normally hugely profitable Christmas period had been “written off”.

“Obviously, we are all extremely disappointed with the latest news of a forthcoming lockdown,” said Dale.

“What would usually be our busiest time of the year has been completely written off. It is this period that helps get many small businesses through the quieter months of January and February.”

The Metropole in Llandrindod Wells, one of Powys’ biggest hotels, announced prior to December’s early restrictions it would be shutting until March. This stance was adopted by landlord at Rhayader’s Elan Hotel, Martin McDaid, too.

“We were expecting it so it hasn’t come as a shock,” Mr McDaid said of Wednesday’s announcement. “We’ve been shut since the start of December when they announced the latest restrictions on shutting at 6pm and not selling any alcohol.

“Our alcohol sales would be 60-70 per cent of our income this time of year. We’re not expecting to be open again until March.

“We’ve lost all our Christmas bookings, we had 28 functions in December and part of November for office parties last year and they’ve all gone this year.”

Like the Elan, the Golden Lion’s biggest sales at this time of year are alcohol – which is the case for the vast majority of pubs in Mid Wales.

“I don’t know what to say,” said Alison Proudman, landlady of the Knighton boozer.

“From a business point of view, as we are a wet sales only pub under the new Wales-wide alert levels, we are potentially looking at being closed until March, which is not good.”

Mr Drakeford agreed to relax the rules in November, but following a two-week firebreak lockdown, Covid cases have mounted alarmingly in Wales and medical professionals and others have called for the plan to be reconsidered.

The lockdown currently has no end date but will be reviewed every three weeks, beginning in January, with a view to varying the measures between different regions.

Plaid Cymru has said a plan for how Wales can emerge from level four lockdown has to be made clear.

Research by the AA, meanwhile, suggests half of people in Wales will not drive home for Christmas amid warnings for people not to mix as coronavirus rates rise. People travelling over Christmas have been warned to plan ahead and check restrictions before leaving.

Funding has been made available to business affected by the new restrictions into the New Year, with more details are to be given out by the end of this week.

Back in Rhayader, Mr McDaid has some sympathy for the Welsh Government, as well as other heads of state, but he believes a more united approach to coronavirus ahead of Christmas, and earlier in the year, would have saved businesses much of the current heartache.

“There’s been a few mistakes from the government but at the same time they were never going to please everyone,” added the Irishman, who has been landlord at the Elan for just over three years, but has lived in the UK for 40.

“We’ll be compensated but I just wish there had been more of a combined and cohesive UK strategy from the start. I always thought Wales, Scotland, Northern Ireland and England were united, but listening to the different heads of state they seem to think they’re not all part of the UK.

“They seem to have lost that and all they care about is their own political agenda against Westminster.

“What they should have done was acted unilaterally at the start and told us we’re closing everything for Christmas but then from March you can open up flat out, no restrictions or rules.”

He also does not see a correlation between rising rates of coronavirus and the hospitality sector.

“We did the eat out to help out scheme in August and at the height of that we had 400 people through the doors on a daily basis and we didn’t have one single track and trace issue,” he said.

“Pubs and hotels are a managed environment, whereas in supermarkets and schools it’s a free for all. But it’s just made the rich, richer.”

And he feels for the more isolated and confused in the local area, adding: “We have a group of old ladies, in their 70s and 80s, that come and meet every Tuesday – and even they have a glass of wine with their lunch.

“They come every Tuesday at 11am and will have their teas and coffees then around midday they order their lunch and have a glass of wine with it and then maybe some more tea and coffee after.

“We have a gentleman who comes in every day and sits in the corner and has two pints and will sit and chat with us. We also lost one gentleman after the initial lockdown was lifted because he didn’t really understand the new rules, we always saw him every day but after that he was never the same and died a short time after.

“For these people that’s their outing, their gathering.”

Like Martin, Alison, in Knighton, is frustrated a small percentage of businesses that haven’t complied with new laws seem to have spoilt it for everyone else.

“I do think if you visit a hospitality venue that is practising Covid-safe systems then you would probably be in a safer environment than if you were at an unmanaged get together, but I appreciate not all businesses are doing all they can to keep customers safe,” she said.

“On a personal note, I think most people are getting fed up with the whole Covid situation, it’s been a very trying year for all of us for varying reasons, and I do think the longer it goes on, the more likely people are not going to be prepared to follow the guidelines, unfortunately. And, ultimately, that will just extend the time until normal life returns.”

Even though recent figures show the virus is on the rise throughout Wales – 32 per cent of Llanidloes’ total positive cases were recorded in the first week of December for example – Royal Oak landlord Dale says lower affected area should be rewarded for better behaviour.

“It is disappointing as we are all being disproportionately affected when all of the high case rates are down South Wales,” he said.

“Normal logic would point towards locking down the whole of South Wales and having reduced restrictions for the north, middle and west of Wales. Many businesses like ourselves have spent thousands of pounds to create Covid-secure environments and it all feels like such a waste.”