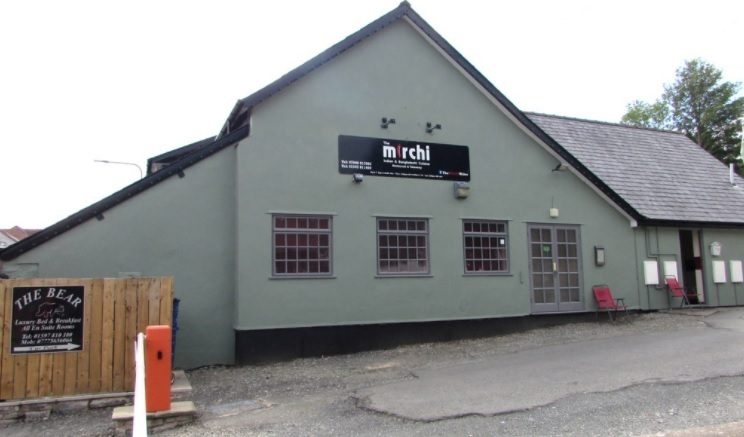 AN Indian restaurant in Rhayader is set to become holiday accommodation.

Powys planners have given the green light to turn “The Mirchi” into two holiday apartments.

The change of use planning application had been made by Gwilym Powell, who also runs the Bear Hotel in the town.

The changes will see the 130 square metre restaurant split into two holiday lets.

One apartment would have one bedroom and the other two bedrooms.

A similar planning application had been lodged last summer, but was later withdrawn.

Planning case officer Rhian Griffiths said: “Attempts to let the premises for use as a restaurant have been unsuccessful during this time, and therefore an application for the change of use of the building has been submitted as an alternative solution.

“Whilst the proposal would result in the loss of a restaurant, it would introduce holiday lets that would support other businesses in the town.”

While agreeing to the application in principle, Rhayader Town Council  had raised concern that the town was losing a “licensed” property and pointed out issues of visibility for drivers coming out of the site.

In support of his application, Mr Powell, said: “The proposal will compliment our existing bed and breakfast which is adjacent to the site.

“The tenants left the premises on August 31, 2020 and due to the current situation with the Covid-19 pandemic we feel that we will struggle to let the restaurant out again.”

Mr Powell added that the holiday apartments will significantly “reduce parking” problems when compared to a 40 seater restaurant and takeaway.

He also believed holiday apartments would blend in better in what is seen as a more residential part of Rhayader.