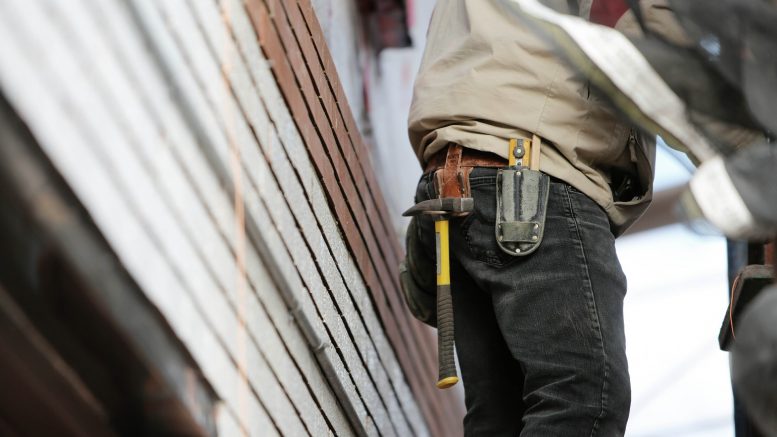 ALERT bank staff prevented an elderly Powys man from being scammed out of £5,000 after suspicion was raised when he came into the branch and tried to withdraw the full amount.

Warner, of Hamlet Close, Ludlow, pleaded guilty to two offences under the Consumer Protection from Unfair Trading Regulations 2008 for aggressive commercial practices in a prosecution led by the council’s trading standards service.

Warner had contacted the 84-year-old victim, from Llandrindod Wells, at his home address. Warner provided the victim with a verbal quote for the works to be carried out, namely soffits, guttering, as well as painting of the house and garage. No paperwork was provided at that time. The price quoted was £3,500 but Warner told the victim that they would need to save some money.

Work started on July 22, 2019, but that morning Warner told the victim they would need a cherry picker to reach about the conservatory. Warner presented the victim with a costing from a local plant hire business that was not dated. The price went up to £5,500 but Warner agreed to do everything for £5,000.

The victim explained that he didn’t keep any cash in the house and his nearest bank was Hereford. Warner said he would follow him to collect materials and gave the victim directions to the car park and paid for his ticket. Warner told the victim that he might as well withdrawn the full £5,000.

The man went into NatWest Bank in Hereford, where staff initiated the banking protocol after their suspicions were raised that the victim was going to withdraw such a large sum of money and they could see he were uncomfortable.

The police were called and the victim was taken to a safe place while the bank branch manager and a colleague searched for the vehicle described to them by the victim. The vehicle, which had been seen passing the bank driving very closely, was located near the bank and Warner was later arrested by West Mercia Police.

At Merthyr Tydfil Crown Court on Tuesday, May 18, Warner received a 20-week custodial sentence, suspended for 18 months, and was ordered to pay a victim surcharge of £150.

Councillor Graham Breeze, cabinet member for corporate governance, engagement and regulatory services, said: “Doorstep crime can affect anyone but often it is the elderly and the vulnerable that are targeted by rogue traders offering home improvement services.

“In these cases, the work conducted is usually extremely poor. Our advice is never to accept work from cold callers and remember the old saying that if it is too good to be true, it usually is.

“The best advice we can give householders or businesses is not to employ any unknown trader who cold-calls offering to carry out repairs or improvements to their property.”

If potential customers do decide to employ an unknown tradesperson, the council’s trading standards service advice is:

• Check the traders’ credentials, particularly any phone number given

• Ask friends or neighbours if they have heard of the firm, and if local, check to ensure their premises are where they say they are

• Ask the trader for references, and if possible view an example of their work

• It is advisable to use a trader who is a member of a trade association, but check the claim with the trade body before employing them

• Ask for a written quotation before going ahead. Make sure the trader’s name and address is on it and that the price for the work is clear

• Keep a note of any vehicle details including the registration number

• Never part with money until the work is completed to your satisfaction. Always try to pay by cheque or credit card – never be persuaded into going to the bank or building society to withdraw cash.

Legislation requires cold callers to give consumers a ‘cancellation notice’, giving them 14 days to cancel the contract made for any work over £42. Failure to issue a cancellation notice in the correct manner is a criminal offence.