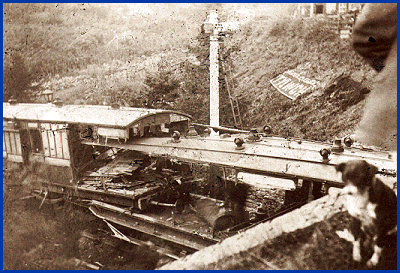 A railway ran through the small village of Tylwch for nearly a century.

During that time the village station was the hub of the community with a station master and two porters employed, first by Mid Wales Railways and, then by Cambrian Railways following a merger in 1903.

However it will always be associated with the tragic railway crash of September 16, 1899.

A 24-year-old woman from Pantydwr, who had just joined the excursion train at the previous station with her boyfriend, was killed in the crash.

Five other people, all from the Llanidloes area, were seriously injured.

A report in the Montgomery Express & Radnor Times suggested that the signals were against the excursion train, but the brakes failed to respond and the engine driver, a Llanidloes man, could not prevent a collision with the mail train. It is not surprising that “the greatest fear prevailed among the passengers.”

A scene from the crash in 1899. Picture: Powys Local History Project.

The station had continued to serve the community in the aftermath as farmers utilised the regular arrival of lime or coal delivered to the siding and take it home by horse and cart.

Lead from the West Fedw mines also came to the station and was taken away by goods wagon.

Despite its isolation the station earned a reputation for its well kept gardens and beautiful location.

Tylwch lies in an attractive valley a few miles south of Llanidloes close to the border between Montgomeryshire and Radnorshire with the three parishes of Llangurig, Llandinam and St Harmon and Newtown the closest settlements.

The river Dulas flows through the valley bottom, meandering over its rocky bed, which was once home to a woollen mill where farmers took their wheat to be ground into flour to make bread for their families.

All village life had centred on the railway station.

Diarist Francis Kilvert, famed for his writings about life in rural Wales during the 19th century, accounted his meeting with a one armed station master in Tylwch in 1876.

Rev Kilvert wrote: ‘I had some pleasant talk with the one-armed station master who told me a good deal about the country and the people and much that he said was friendly and favourable.

‘The station master told me that upon the mountain above Tylwch, peace had been signed between the Welsh and the English in the reign of Edward I, and that some allusion to this historical fact was preserved in the word ‘Tylwch’ which means, he thought, the ‘House of Peace.’ 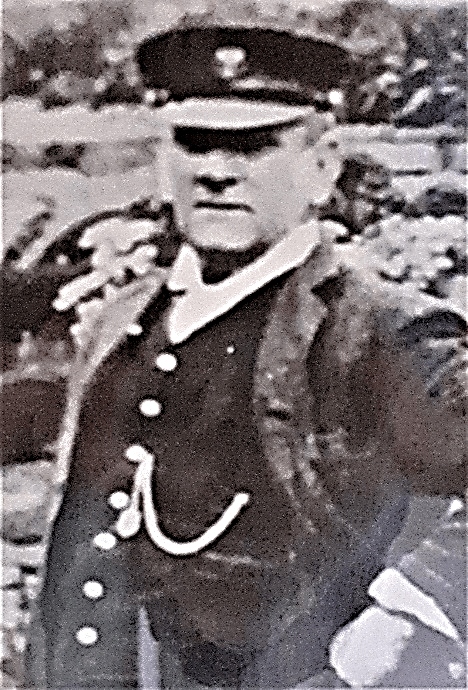 The station master was Robert Stanbury who won first prize for the best kept station on the Cambrian Railways in 1888, a feat he who would repeat at his next posting at Pontdolgoch three years later.

The construction of the Elan Valley reservoir saw the station well used by workers but by 1921 the fate of all rural railway branches was under threat following the Railways Act.

The new Great Western Railway was formed but a decline in goods traffic and decline in passengers led to the closure of all three lines to Brecon in 1962.

Details of railway worker accidents have come from the ‘Railway Work, Life & Death’ project, run by the University of Portsmouth and National Railway Museum: www.railwayaccidents.port.ac.uk. Please provide due acknowledgement if you reuse these details.’