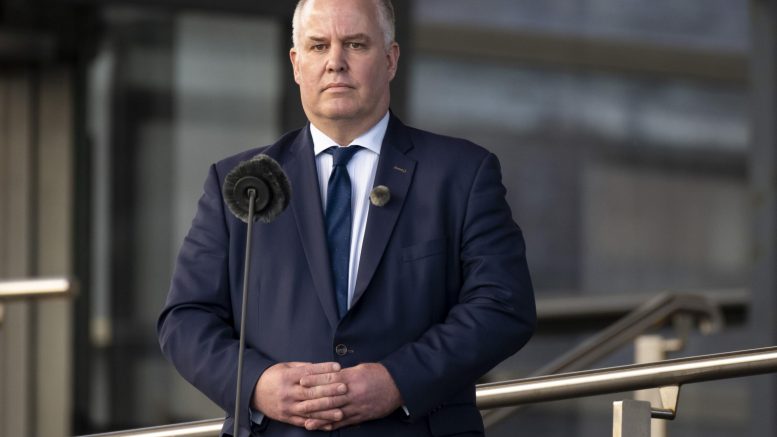 THE Welsh Conservatives have confirmed that two hospitals promised for Powys should they win next month’s Senedd elections would actually be upgrades of existing sites.

The document, unveiled last week, promises “five new hospitals” to be built on its first page – including two in Newtown and Llandrindod Wells – by 2026.

The launch of the manifesto ahead of next week’s Senedd election is seen by the party as an ambitious plan to level-up and modernise hospitals and primary care facilities in Wales – with the Conservatives insisting that they want to “get on with the job of cleaning up Labour’s mess”.

But on page 20 of the party’s manifesto, the language around the five new hospitals pledge changes to “new and upgraded community hospitals”.

The party today confirmed that the new hospitals – part of its £1 billion NHS Hospitals and Buildings Recovery Fund – will be built in Flint and Rhyl. Current hospitals in Newtown and Llandrindod will instead be upgraded, while it is not clear whether a third one in west Wales will be an upgrade or a new-build.

“Sadly, Labour have badly let down our Welsh NHS over the past 22 years and failed to adequately invest in its staff or modernise its facilities,” said a Welsh Conservatives spokesperson.

“The Welsh Conservatives are guaranteeing the NHS is there for everyone and will provide extra funding to the NHS every year, with 3,000 more nurses and 1,200 doctors by 2026.

“We are delighted to announce we will deliver modern facilities for the Welsh NHS with five new and upgraded community hospitals over the next parliament in Flint, Llandrindod Wells, Newtown, Rhyl and West Wales so we can get on with the job of cleaning up Labour’s mess.”

The party said it has a budget of £1bn and revealed £64m of that would be for the Flint upgrade. No further figures were forthcoming.

The party won 11 seats in the last election and hopes to make gains as it did in the general election in 2019 when voters go to the polls next Thursday, May 6.

The document is titled ‘A plan for recovery and change’ and pledges in addition to the five new hospitals to deliver 5,000 more teachers and building 100,000 new houses in the next decade; buold an M4 Relief Road, as well as upgrades to the A55 and A40, and introduce 20,000 green charging points; as well as a council tax freeze for at least the next two years and submit bids for the opening stages of the Tour de France and the 2030 FIFA World Cup.