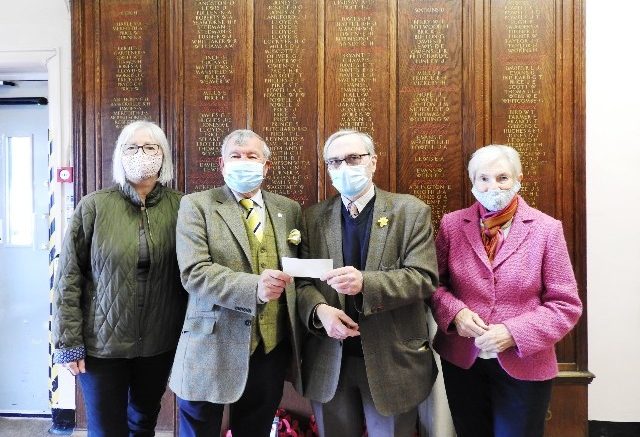 THE Ithon Lodge of Freemasons has presented £500 to the League of Friends of Llandrindod Wells War Memorial Hospital.

The presentation was made on Tuesday, May 25, with a cheque received by the president of the League of Friends, Dr John Matson, a local GP who works at Llandrindod Wells Medical Practice. The cheque was presented by Professor Geoffrey Lloyd, the secretary of the Ithon Lodge. “The freemasons, far from being a secret society, are proud of the voluntary contributions members raise for many charities and good causes, such as the League of Friends,” said Mr Lloyd.

“We are second only to the National Lottery when it comes to donating money in the UK, and around the world, where we have built hospitals and schools in developing countries as freemasonry is spread right across the globe.

“We would be delighted if more men and women, as there are also women-only masonic lodges that meet regularly here in Llandrindod, would like to come and join with us and find out more about this fascinating and worthwhile organisation.”

Dorothy Richards, chair of the League of Friends, expressed her thanks to the Ithon Lodge of Freemasons for their generous contribution, which will be used to support the work of the charity that has been around for over 60 years.

A similar donation of £500 was also made to the Llandrindod Wells Food Bank.