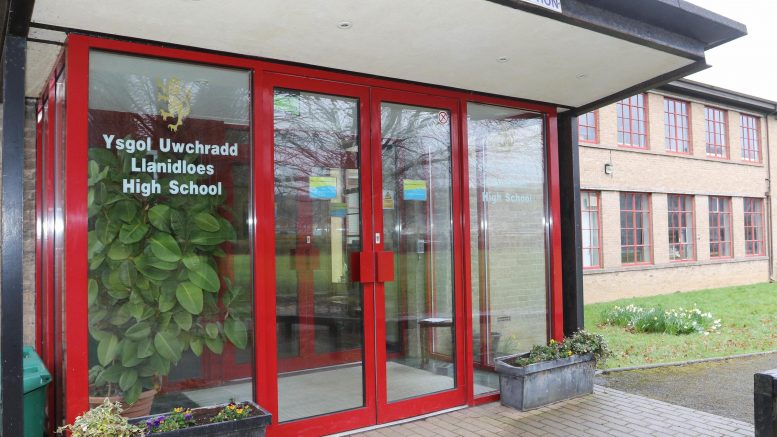 A CAMPAIGN to maintain free transport for Radnorshire pupils travelling to a Montgomeryshire school was only successful after the local council were “dragged kicking and screaming” and forced to make a U-turn, says a campaigner.

Rhayader County Councillor Kelvyn Curry says he is “delighted” for school pupils in the town in the heart of the Elan Valley after Powys County Council’s (PCC) change of heart this week – but has warned that the situation requires monitoring over the coming months.

PCC’s school admissions policy for 2021/22 originally provided Welsh learners transferring from Rhayader Church in Wales Primary School to Llanidloes High School with free transport, but not English medium pupils. However, the council now says it will review the situation over the coming months and that, in the interim period, those pupils travelling from Rhayader to Llanidloes for English medium education will be entitled to free school transport.

“I’m delighted for the children of Rhayader and their parents, they’re the ones who’ve suffered during all this. They’ve already gone through enough during the Covid-19 pandemic,” said Councillor Curry.

“Powys have eventually done the right thing but they’ve been dragged kicking and screaming to this decision. We need to keep an eye on it and what happens in the future.”

After the council was contacted last week, Cllr Aled Davies, deputy leader and cabinet member for school transport, said: “The council is currently finalising the home to school transport arrangements for entitled learners entering primary and secondary school in September.

“However, the council has received concerns from parents in the Rhayader area. We have considered these concerns and have written to them to inform them what the school transport arrangements will be from September.”

In an extract of the letter that was sent to parents and shared with the County Times, the council said: “The School Admissions Policy for 2021/22 informs parents that learners from Rhayader CIW Primary can ‘feed’ into Ysgol Calon Cymru’s Builth Wells campus, or Llanidloes High School for Welsh Medium education only. Based on this information the transport officer was correct in their decision to decline free school transport.

“However, upon reviewing the admissions policy and the transport policy we feel that these need to be more aligned. Therefore, we have taken the decision to review these over the coming months and form a more coherent admissions and transport policy with clear catchment areas identified.

“While we undertake this review, we will allow entitled learners to travel from Rhayader to Llanidloes High School for English medium education. Once the new policy has been consulted on and adopted, only then will it impact on new starters.”

The original decision to revoke free transport for the 2021/22 school year had provoked a furious outcry from parents, pupils and protestors – especially as the policy had been in place for nearly 50 years.

After Rhayader Secondary School closed its doors in 1972, pupils from the Radnorshire town had been afforded free transportation to Llanidloes High as a sort of goodwill gesture.

But, when applying for free transport for the 2021/22 school year, which begins this September, even the headteacher at Llanidloes was shocked to discover that PCC had pulled the privilege.

Parents said the decision was made without informing them, and despite the fact the council were still encouraging them to apply for places at Llanidloes for their children around March and April this year. Opposers were baffled by the council’s decision as Welsh medium pupils would be travelling to the school anyway so PCC would not be saving any money; there would just be less seats filled on the bus. They also pointed out it would make a mockery of the council’s desire to reduce its carbon footprint; there would be more traffic on the road as parents would have to resort to 30-mile round trips twice a day to get children to and from school.

“Everyone was in the dark,” added Cllr Curry.

“I was so disappointed as I, as an elected member, didn’t find out from Powys County Council directly, I found out through the media letting me know. It’s really not on.

“The council knew by changing the interpretation of its policy that there was going to be a particular community affected by this. They had a moral obligation to contact parents of children at the school. They clearly didn’t do that. The headteacher at Llanidloes didn’t even know.

“Instead, they were sent generic emails saying a review was underway, nowhere was it stated that this policy was going to change.

“The big thing is, this change wasn’t going to save the council any money. Buses would still be going to Llanidloes from Rhayader, there were just going to be more empty seats on it. And for just one school year. It didn’t make any sense.”