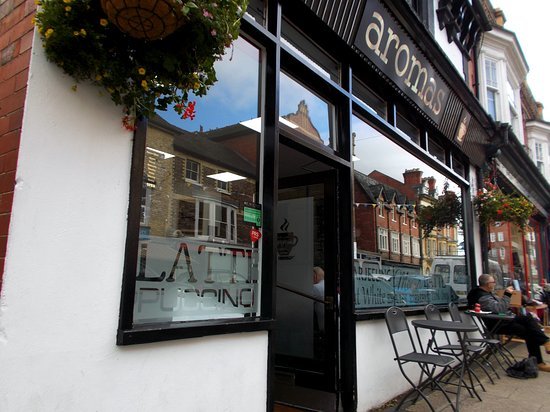 A POWYS café owner hopes she may one day reopen after taking the decision earlier this week to announce a permanent closure due to coronavirus.

Suki Braich, who runs the popular Aromas Coffee Shop on Llandrindod Wells’ Middleton Street, announced her decision on Wednesday after four years of trading in the spa town.

The Welsh Government plunged the country’s businesses into further turmoil on Monday when they announced the introduction of a national “firebreak” lockdown that comes into force at 6pm on Friday (October 23).

The lockdown, designed to have a “short, sharp, shock” effect as the government tries to tackle spiralling Covid-19 rates throughout Wales, will last for two weeks, lifting on Monday, November 9.

After surviving the initial lockdown induced by the UK Government in March, hundreds of thousands of businesses throughout the UK had just about started to get back on their feet in recent weeks and months. But Welsh firms fear Monday’s announcement may mean they are left to start again from scratch – and the decision is a step too far from Aromas, and Suki.

“I have had to make a difficult decision and I feel really bad for some of my older customers, as if I am letting them down,” said Suki, whose family are well-known around Llandrindod.

“But trade is dwindling every week at the moment and with winter coming more and more people will stay indoors. I don’t blame them though; if they have health issues they have to protect themselves, but there is no point having a cafe open with no customers.

“And all these people on Facebook saying we should shop local but then they don’t actually shop local.”

Aromas was one of many thousands of businesses throughout Wales that closed in March and, when they reopened, were forced to do so at reduced capacity in a bid to conform to strict governmental and health guidelines.

They reopened after a five-month lull on August 11, with reduced hours and a reduced menu.

But this second lockdown has left them in the dire position of having to shut up shop permanently – a fear facing many other retailers and restaurant owners throughout the region.

Although Suki has made a tough decision, she would love to be back pouring coffee, slicing cake and chatting to regulars again in the future.

“I have told the staff that if circumstances change and trade starts to pick up next year I can look to reopen,” she said.

“I have a lot of older customers who see the cafe as their socialising place because they know we will check on them and have a chat with them. Some are lonely and only want someone they can talk to and they know we will look out for them.”