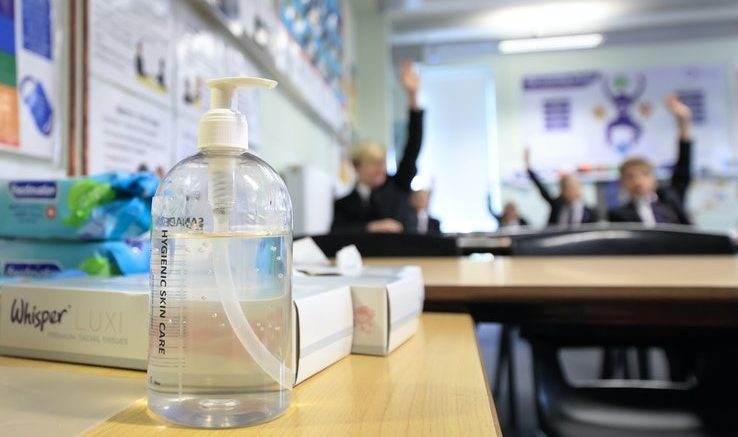 CHILDREN in Wales are set to return to school on a staggered basis from next week as planned, the Welsh Government has said.

The new term is set to begin on Monday January 4.

Many schools across Wales will only be open to vulnerable learners and the children of key workers in the first week of term.

Schools are expected to provide face-to-face learning for the majority of their pupils by January 11, with a full return in the days before January 18, officials said.

A Welsh Government spokesman said pupils were expected to receive “remote learning” when they were not physically in school.

Any changes to plans for in-person teaching will be based “on the latest scientific advice”, the spokesman added.

“Our priority throughout the pandemic has been to minimise disruption to learners and enable them to receive face-to-face learning, where safe to do so,” he said.

“We have agreed with local authorities a common approach to schools returning in January with some flexibility built in over the first two weeks of term.

“It is our expectation that pupils, when not in school, will continue to benefit from remote learning.

“As with any changes to schools and college openings for in-person teaching, decisions will be based on the latest scientific advice.

“We will continue to work in partnership with local authorities, schools and colleges on any changes to the scheduled opening arrangements.

“Schools and colleges will communicate directly with learners and families on their plans for opening in the new year.”

Previously, the Welsh Local Government Association said the “flexibility” at the beginning of term was due to high transmission of Covid-19 across Wales and uncertainty on the impact of that on staffing levels.

On Wednesday, education minister Kirsty Williams met with council leaders to discuss the return of pupils in January.

She said the flexible approach during the two weeks of the new term recognised local circumstances and public health considerations.

Ms Williams tweeted that “all policies are kept under constant review as and when the science/evidence changes”.

On Wednesday, health minister Vaughan Gething told the Welsh Parliament that schools were expected to “return as planned”, with serial testing being introduced.

“It’s in all of our interests that children do return to school because we recognise the real harm that could be done if children aren’t in school,” Mr Gething said.

“In the conversations I had yesterday with our scientific advisers and the chief medical officer, there is nothing available to us in the evidence that suggests that schools should not open even with the new variant in wider circulation because the same control measures, if undertaken properly, should be effective.”