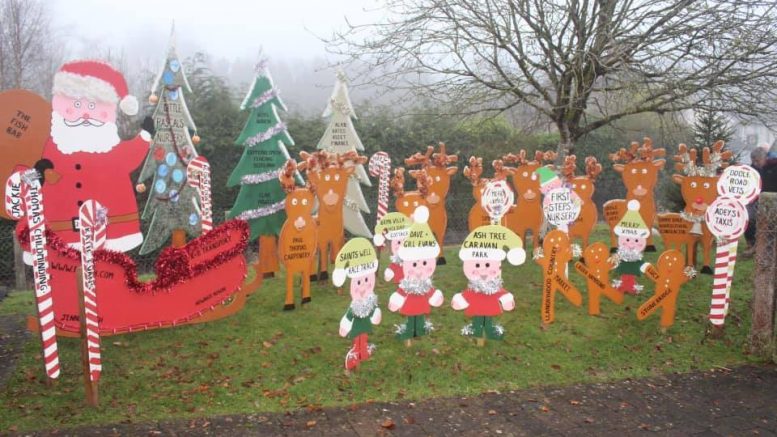 FOLLOWING the success of their harvest festival farm animal display, Howey YFC have now created a Christmas Display Spectacular in the grounds of Howey Village Hall.

The display consists of over 30 Christmas characters including Santa and his nine reindeer. It’s free for all to see so why not get in Santa’s sleigh for a photo opportunity.

The display has been created to raise money for the Teenage Cancer Trust and Vale Teenage Cancer Ward, as well as the Llanyre Play Park appeal. Howey YFC would usually raise around £700 for charities at Christmas time, collected through carol singing.

As with everyone else, fundraising efforts have been affected this year, but Howey YFC felt it was important to find alternative ways of raising money for worthwhile causes, but also to bring some festive cheer to the community.

Howey YFC would like to thank club leaders and past members for all their contributions in creating the display. Our sincerest thanks to all the individuals and businesses who have donated and already helped raise £1,800 so far. The club are still collecting charitable donations through their Facebook fundraising page https://www.facebook.com/donate/386825152404922/.

Howey YFC is open to all young people aged 10-26 and you don’t have to be a farmer to join. It is a small club with a big heart.