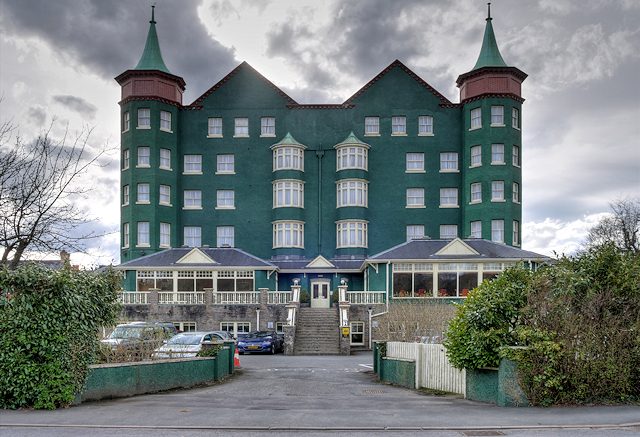 A CENTURY ago a community of Belgians made a home for themselves in Llandrindod Wells.

The First World War waged across Europe and by 1914 more than 250,000 sought refuge in Great Britain.

Llandrindod Wells resident and quaker Charles Benyon organised the Belgian Relief Committee and by January 1915 the town was home to 20 refugees who were given Templefield House.

The owner of the house, one Mrs Coleman, was the mother of soldier Louis Coleman, who died in Belgium three months later.

Local people donated food to the Belgian Relief Fund while the refugees also earned their own keep by giving French lessons, making baskets and wood carvings.

The refugees had only spent a year in the town and by the end of 1916 all but one had moved on – either for employment or enlistment into the army.

However the Belgians had made friends for life.

One, Marcel Joostens, had been noted for his fine singing voice after joining Ida Singer-Davies, the rector’s wife, in a duet at a New Year concert held in Templefield House in 1916.

However it had been Marcel’s son and namesake who had made the greatest impression a month later.

During a school concert a faulty footlight had set fire to the fairy dress of Peggy Watmough who had run in panic toward a group of children who had all fled – apart from young Marcel Joostens.

Marcel tore the burning dress from his classmate and suffered burns to his arm and hand while Peggy was unhurt.

Peggy’s mother, the landlady of the Beaufort Hotel, had presented Marcel with an inscribed book in gratitude.

Following the end of the war the former home of the Belgian refugees at Templefield House was demolished to make way for the expansion of the Metropole Hotel.