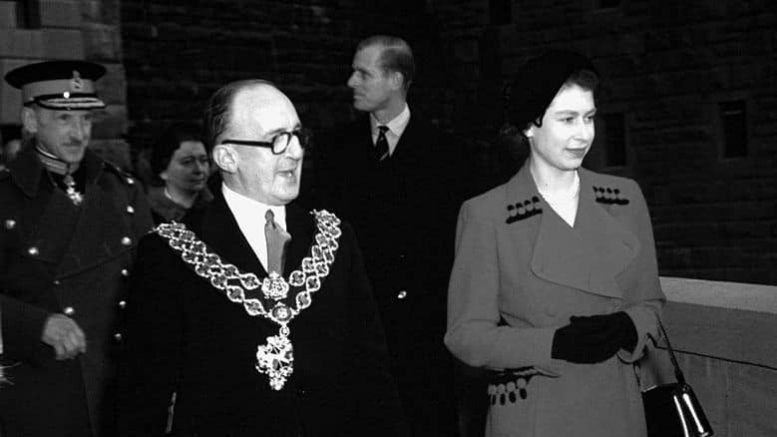 The Duke of Edinburgh had paid several visits to Powys with the Queen over the years from their first at the opening of the Claerwen Dam in 1952, to one of their last in Welshpool in 2010.

During their first visit to the Elan Valley in 1952, the opening of the new dam was among the earliest official engagements after becoming Queen in that year.

Queen Elizabeth and Prince Philip at the Claerwen Dam in the Elan Valley near Rhayader on October 23, 1952. Opening the new dam was among the earliest of her official engagements after becoming Queen in that year. Picture: Rhayader Town Council

In 2004, The Queen and Prince Philip attended the Royal Welsh Show as guests of honour during its centenary year celebrations in Llanelwedd.

The Duke of Edinburgh accompanied the Queen during a visit to the livestock market at Buttington Cross and the Farmers’ Market at Welshpool Town Hall on April 28. 2010.

Former Welshpool mayor Ann Holloway with the Prince Philip and the Queen in April 2010.

The Royal visit to Welshpool in 2010.