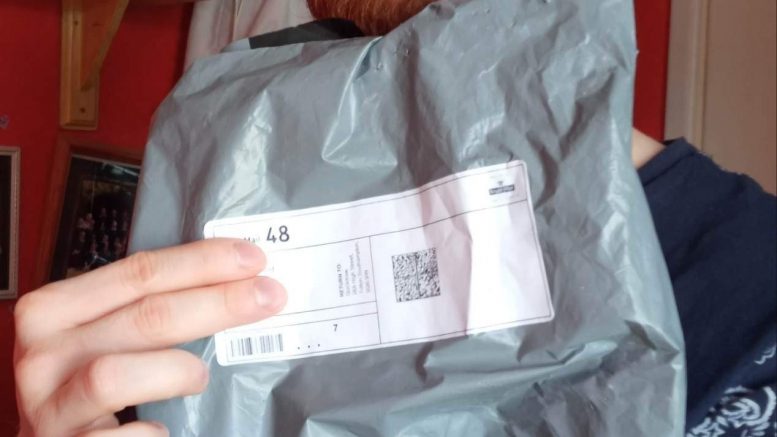 EVERYONE loves receiving a package in the post, especially during a pandemic, when there’s been little else to get excited about other than the flutter of your letterbox.

But one Somerset man got a shock when tracking his package online, only to be told it was somewhere near the River Wye in Powys.

Lawrence Robinson used the Royal Mail’s online tracking service to find out the location and arrival time of his impending parcel. But rather than being on the way to his home address in Clevedon, on the coast of sunny north Somerset, Lawrence discovered it was currently located somewhere on the A470 on its way to an address in Radnorshire, more than 100 miles away.

The 27-year-old graphic designer and DJ’s head was left spinning, so he turned detective and took to the ‘What’s on in Rhayader and surrounding areas’ Facebook page to track his item down.

“Hey guys please share, can someone locate a parcel from Royal Mail for me please, it was supposed to have been sent to my house in Clevedon, North Somerset, but was apparently sent to an address on the A470 near the River Wye,” he posted last Friday, April 2.

“The parcel should have name and address on the front and the tracking number.”

The package had actually arrived and been signed for in Newtown – 118 miles away and a two hour and 43-minute drive from Clevedon – the day before.

Lawrence must have been wondering by this point if he’d been the butt of an April Fool’s Day joke, as the package had actually arrived in Newtown on April 1.

As it turned out, however, the person he’d bought the item from had provided the wrong tracking number. The seller then failed to respond to all his inquiries and it was only after reaching helpful Royal Mail staff that Lawrence was finally able to get his hands on what turned out to be an even more special delivery.

“The seller must have given me the wrong tracking number, the number I was given was miles away, they must have got mixed up, I’m not sure how,” added Lawrence, who has also returned to university to study virology.

“The seller never responded to me, which only added to the confusion. I only found out he mixed them up and had inboxed me the wrong tracking number because I had to ask Royal Mail, who were far more helpful than him.”